There is nothing like the death of a celebrity to cause the preemption of normal programming to make way for tribute after mind numbing tribute as the media rehashes every detail of fallen icons. I experienced the phenomenon for the first time in 1963 when I was five years old and John Kennedy was assassinated. Back then, my hometown only had two television stations to preempt. Now at least I have 300 or so satellite channels to surf through in a vain attempt to avoid seeing another report about the death of the king of pop.

I don't really have much to say about Michael Jackson's death. I appreciated his music and shook my head in weary disbelief at the circus that his life became. I think it is sad that he died so young. What makes it even more surreal for me is that Michael Jackson was almost the same age as I am (then again, so are Donnie Osmond and Madonna).

I am struck by the sad parallel between the reaction when Elvis, the King of Rock and Roll died and Michael Jackson the King of Pop died. Elvis didn't have the brush fire speed of the Internet to broadcast his passing, however. Nor did Elvis have to put up with cell video shots of his ambulance being broadcast on television within a few hours of his death.

It wasn't more than an hour or two after Michael Jackson's death was announced that the conjecture began about the cause. It couldn't just be left at cardiac arrest the way it would be if John Doe died. The voyeuristic nature of our society these days is to have to pin the cause of celebrity death on something more sinister like drugs or foul play.


I was struck by the sad coincidence of Farrah Fawcett dying in the morning and having her memory eclipsed by Michael Jackson dying in the afternoon. If there is an afterlife, I have to think she is there complaining to whoever is in charge about the unfairness of the timing.


But death doesn't seem to follow any rules of decorum. It meanders through life randomly striking down the just and the unjust with as much forethought as someone afflicted with ADD. More and more I realize that death, like shit, just happens.

A fleeting practical side of myself can't help but wonder why humans make such a big deal about death. It is that one universal truth we all encounter eventually. I suppose the shock of having someone die is that most of us are in denial most of the time about our own deaths.

I am also a bit put out at the outpouring of love and respect for Michael Jackson now that he is dead. The media for one acts as if they were in his camp all along even when they were roasting him alive when he was being paraded through our court systems for alleged crimes against children.

If we focused on everyone we love or admire as much when they were alive as after they have died, at least they would have the benefit of enjoying it. And then maybe they would engage in the self-destructive behaviour that drove them to an early grave. 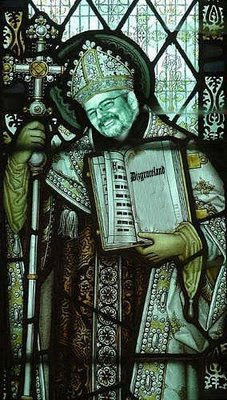 Nothing tweaks people's fuzzy meter like a discussion of religion. Oh sure, politics are yapping at the heels of religion when you want to ruffle feathers, but politics still dabbles in the intellectual realm of debate. Religion sings emotional "shake, rattle roll" at a high volume.

Those of you who read my blog (both of you) know that I was raised Christian Scientist. It is a religion based in the belief that people need to follow in the footsteps of Jesus, trust in god and heal themselves without the aide of medicine or doctors. It is an often maligned and misunderstood religion because of the whole "no doctor" thing. As a child growing up Christian Scientist, it was difficult to explain to other children and it made me stick out like a sore thumb when other kids were getting hearing and eye tests by the school nurse and I was excused for religious reasons.

It was an age I didn't want to stick out like a sore thumb. It was also an age when I didn't want to get up on Sunday's and go to Sunday school. Nor did I want to sit around on a sunny summer's day reading the Science and Health with Key to the Scriptures by Mary Baker Eddy and corresponding bible passages. But I reluctantly accepted my mother's belief system and stayed a Christian Scientist until I was 16. I think hormones prompted my break from the church.

I was exposed to other religions growing up. Southern Idaho is essentially part of Utah when it comes to the influence of the Mormon Church. You couldn't swing a proverbial dead cat in Boise without hitting a Mormon or a Mormon missionary. Most Boise schools had a Mormon seminary right next door where all of the Mormon kids had to head after public school to continue their spiritual education.

Despite the Mormon influence, there were still some die hard Catholics in Boise. There was even a Catholic High School. One of my best friends in grade school, Robert Tullis, was a Catholic. I remember my mom telling me that all Catholics were taught that it was okay to lie because they could then go confess to their priest and be forgiven. I told my friend Robert about this and he (understandably) got pretty upset.

In school I also encountered a smattering of Jehovah's Witnesses and a few Seventh Day Adventists. I felt a kind of camaraderie with them because they were lumped together with Christian Scientist's as being one of those weird religions. I felt a bit superior to the Jehovah's Witness kids, though because they couldn't participate in school parties for Halloween and such. I thought that sucked. At least Christian Scientist's only boycotted medicine (which included shots). And thank god we didn't have to go door to door handing out Watchtower's to haggard women surrounded by six screaming kids.

Believe it or not, Boise also had the occasional Hare Krishna and Moonie who tried to sell you incense in shopping center parking lots. I didn't encounter very many Hindus, Buddhists, Taoists or Muslims in Boise. And I only knew one Jewish family in Boise.

When I finally left Boise, I had no religious inclinations whatsoever. Ironically I ended up at a Jesuit university in Seattle living in a dorm with a bunch of Catholic kids who had grown up in Catholic private schools and were whooping it up being away from home for the first time. I attended Seattle University right around the time the mini-series Shogun was airing on national television. It depicts the Jesuits as a pretty radical fringe of the Catholic church who were pretty militant in their methods of proselytizing and recruiting new Catholics around the world. That and they wore orange robes when the other orders were wearing basic black. Regardless of how you feel about the Jesuits, you've got to love that.

I found most of my Jesuit instructors to be pretty cool guys. And despite my mother's worst fears, I was never pressured to become Catholic or go to church while I was at Seattle University. I did attend a few masses and was neither repulsed nor intrigued.

After college, I went through the metaphysical searching phase of my life. It kind of coincided with the search for love in my life. I went to astrologers, psychics, palm readers, Tarot card readers, aura readers and past life regression gurus. I meditated, burnt incense (not provided by Hare Krishna's or Moonies), wore crystals and chanted. I became a genuine, head bonked by a priest Buddhist (when you become a Buddhist in the particular sect I joined, a Buddhist priest taps you on the head with a scroll). I quit being a Buddhist because I got tired of going to meetings and chanting hurt my knees.

I read self-help books out the ying yang. I spent a fortune on therapists and counselors. I read philosophy books and books about Quantum Physics. I took aerobics, Tai Chi, and meditation classes. I went to a vitamin therapist who placed bottles of vitamins on my body and squeezed my hand to determine what supplements I needed. I wore copper wrist bands and pierced my ears. I bungee jumped and learned how to swing dance. I even talked to a drunk expatriate in St. Thomas who told me that the truth could be summed up in seven words: Never forget how great you really are. I then bought him another beer and he proceeded to get into a fight with the bar tender (but that is and was another story).

I did all of this hoping that I would know when I finally found "the truth." If I made the mistake of talking about my search for truth within anyone remotely religious they would try to get me to come to their "one true church" and follow the one "true path."

But the only truth I could seem to find is that there isn't one truth or one true path. There may be truths and there may be paths, but I don't believe there is any "one" true one. I've concluded that the belief that there is one true path is the part of the problem with the world. Everybody thinks their path, method, belief and religion is the only one (remember those who know, don't say and those who say, don't know).

Which brings me back to my original point. The reason people don't like to hear about different religious views is that it shakes their belief that they are on that non-existent right path. But if you think about it, if there is no "right" path then that opens up the option that any path gets you where you are going.

The trick now is figuring out where you want to be.
Posted by Time at 10:03 PM 8 comments: