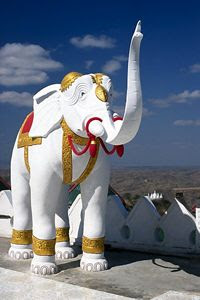 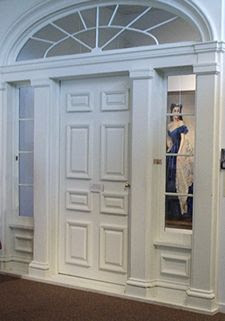 I only have one more day of work and then I'm on vacation for two weeks. It makes a big difference in how I view my day to day work environment. Rhett Butler just about said it all, when he said, "Frankly, my dear, I don't give a damn."

Tess and I are going on a Caribbean cruise. It is her birthday present. And we are going to have fun. And I'm not thinking about work the entire time. I may even turn off my Blackberry when I'm on the beach.

This is actually my 13th cruise in less than ten years. I kind of like them. We went on an Alaska cruise in July. It just wasn't the same as a tropical cruise. Laying out on the deck under a blanket drinking a cold beer just doesn't cut it.

Oh, I know what you are thinking, only old people cruise and the ships are full of fat people salivating over the next buffet, but that's only half true. I look at it as a resort that travels with you. And it's a pretty darned good value when you think about it...food, lodging and entertainment rolled into one. Plus where else do you get the opportunity to wear a tux.

Regardless, I think this will be one of our best vacations ever. So, Bon Voyage and pass the sunscreen.
Posted by Time at 4:33 PM No comments:

My roots are showing...

It began in when we were visiting my 79-year-old mom over Thanksgiving. She started pulling out important papers she wanted me to know about. In particular, she wanted to show me that she had prepaid for her funeral arrangements, i.e. her cremation. My mother doesn’t want a funeral. It’s a tradition she started with my father’s mother. The H****’s don’t have funerals because my mom doesn’t believe in death. She is a Christian Scientist, but that is another story.

In the process of pulling out papers mom pulled out copies of her birth certificate and my father’s birth certificate. That led to a conversation about my father finding out he was adopted when his mother died in 1974. My father was 59 at the time. He learned about being adopted from some distant relatives who wrote him and said something like, “and by the way, did you know you were adopted.” And though my father wrote to the courts in , where he was born, they only confirmed that he was adopted and that there was no record of his natural parents.

At the time, I was 16 and the news hit me hard. I had grown up being proud to be a H**** and Irish. I was born the day after St. Patrick’s Day, but always celebrated my birthday on the 17th. In one fell swoop, my heritage was ripped away from me. To my chagrin, all I had left was my mom’s side of the family—the ’s. No offense to all of the Clark’s out there, but no one wants to be one of a million ’s. And no offense to my mom’s family, but my maternal grandfather seem to have one particular skill and that was fathering children. My mother had 12 brothers and sisters. And my grandfather died relatively young at 47 leaving, I imagine, my grandmother very relieved and very tired.

But the discussion about my father’s parentage did trigger something in me. I didn’t really know anything about my roots. I copied the birth certificates mom had and a couple of other bits of information that would help me and determined to begin researching my family once I got home.

Ok, I have new found respect for Alex Hailey for tracing his roots back to Kunta Kintay without the Internet. It must have been a major bummer. Because once you start digging for relatives, you discover there is one hell of a lot of data out there. Fortunately, the Internet now offers a relatively easy way to access work that other people have already done organizing it. I started, of course, with Google and searched for “free family tree searches.” That turned up quite a few sites that promised free searches before they tried to sell you the free information. Much of it was indeed available elsewhere for free.

But weeding out the many pay sites (all of whom seem to have some kind of connection to Ancestors.com) I finally found a couple of places where I could type in some basic information and begin my search. I’m especially grateful for the Mormon Church and its unexplained desire to keep track of everyone’s families. I may not agree with their religion, but they have a particularly good database online that contains tons of information.

I decided to start with my father’s adopted parents and in particularly his adopted father—Eugene Chester H****. Born in in 1871 or 1872, he eventually made his way to , married my adopted grandmother, Walburga L*****, in 1908 and then adopted my father – Eugene Arthur H**** at age four in 1919. My first discovery was that Eugene Chester had stopped in along the way and married Mary Etta Davis in 1892. They fathered one son, F. who died in 1920.

Henry’s father Paul H***e* (note the dreaded extra “e” in the surname) was born in in , Mass in 1664. His father was William H***e*. William was the immigrant of the family. Ok, I finally found when the H****’s had left the old Sod of Ireland and came to this country. Except much to my dismay, William didn’t come from . He was born in Cornwood, in 1612 or 1613. This couldn’t be true…H**** is an Irish name, right? But William’s father, also a William, held the missing piece to the puzzle. His name wasn’t H****, it was Hele, an old English name dating back to Norman times. He was also born in Cornwood, around 1587. Apparently William Hele’s son, William decided to modernize his last name when he sailed to the New Country.

That was it. Any trace of Irish heritage was now truly dashed. The plus side is that my father being adopted didn’t wipe out my green, shamrock roots. They never were there to begin with.

I’m now left with my mom’s side of the family. And I’m hoping for something better than the name of to restore my now shattered lineage.

But that’s another blog or blogs.