No, I'm not talking about the mess in Washington D.C. (it's quite obvious it's the Republicans and their rabid Tea Bag fringe of mouth breathers). I'm talking about who's to blame for who we are.

I get a bit tired of listening to people blaming their parents, especially since I am now a parent and understand it is a job that no one is really ever trained for and just when you think you are getting the hang of it, your kids move into their next stage and the job description completely changes anyway. Though I'm sure my kids will blame me for an uncontrollable urge to shout out, "Hay is for horses because pigs won't eat it" every time someone starts a sentence with "hey." 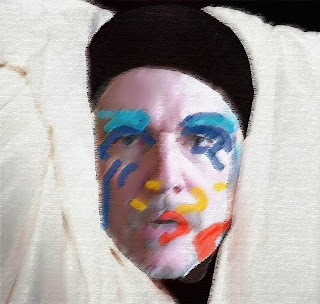 Of course Harold Camping didn't predict the shutdown of the federal government. He is incapable of accurate predictions and is likely locked up in his Christian bunker still waiting for the rapture. I just draw a parallel between Camping's repeated predictions of the end of the world and the brinkmanship of our congress people threatening that the sky will fall if they don't get there own way.

Now that the federal government is technically shutdown and "non-essential" employees are being furloughed. And irony of all ironies, this doesn't include Congress. I would argue that they are about as non-essential as you can get.