Art, where art thou? 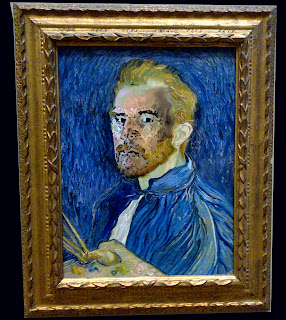 I grew up in Idaho without lots of access to museums or great art. We did have a history museum with a pretty cool two-head calf, however. But that technically isn't art.

Since I didn't have access to museums or art galleries, much of my understanding of art came pictures of art in a set of Childcraft 1950s era encyclopedias we had when I was growing up. I spent hours looking at pictures of paintings by Van Gogh, Rembrandt, Picasso, Renoir, Matisse, Manet, Gauguin, Lautrec, Da Vinci, Botticelli, Degas and other masters. I just loved the way they made me feel.

When I got older, I took a few art classes in college because I enjoyed art, not because I wanted an easy "A." Still, I never had an opportunity to view an actual work of classic art until I moved to Seattle in the early 1980s.

Not that I actually got to see any of the works of the masters in Seattle. It wasn't until I took a trip to London    in the early 1990s that I laid eyes on a genuine famous artist's work at the National Gallery. It was there that I saw works by Leonardo Da Vinci and Van Gogh as they were intended to be seen -- in person and at a leisurely pace.


Since then, I have joined the Seattle Art Museum and been herded around for special exhibits. Most recently I saw a exhibit of Gaugin's work (which I wasn't overly impressed with). There were so many people at the exhibit that you really couldn't stop and appreciate it.

On a recent business trip to Washington D.C. I managed to visit the National Portrait Gallery and the National Art Gallery. There I saw more art by famous artists than you could shake a stick at. But if you did shake a stick at the art, I imagine you would be swarmed by guards since there seemed to be one at every painting just daring you to touch them (the art, not the guards).

The amazing thing about the museums in D.C. is that they are free! And they aren't crowded, or at least they weren't when I was there. So I could actually stand in front of a Van Gogh as long as I wanted without being nudged out of the way by other art lovers (though the museum guards did start to get a bit twitchy that I was standing in front of the same painting for a long time).

The problem was, there were too many works of art. After awhile, I couldn't see the art because of all of the paintings (this is a weak analogy to not being able to see the forest for the trees). My head was spinning as I moved from room to room trying to soak it all in. After awhile, all I wanted to do was leave. I just couldn't look at one more work of art because it no longer had any impact.

How sad is that?

To me, art needs to connect with you at an emotional level. When you binge on it, you are going to get sick.

I sure miss my Childcraft books.

Blogger's note: Yes, this is post number 1000. But since I made such a big deal about number 999, I didn't really feel like hyping it up too much by saying something like, "That's 1000 small posts for a man, 1000 giant posts for mankind," (rest in peace Neil Armstrong).  Anyway, I did it. So there. 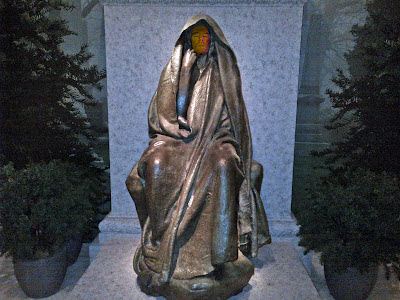 Thanks Baggy. And boy are you in for a treat reading the 834 posts you haven't read. I think one of them is really a gem. I just can't remember which one.