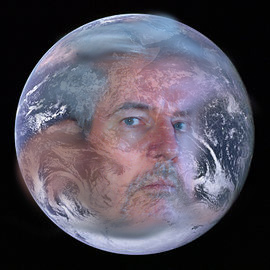 I have noticed that my worldview has changed dramatically as I age. I suppose it is natural to evolve from concretely knowing everything in a rigid "this is how I see it" manner to my current river rock worldview. I have concluded that I really don't know squat.

But does anyone really know squat?

I have given up completely on any organized (or unorganized) religion and am totally baffled by people who actually go to church. Although I profess to being a Democrat, I really don't have any tolerance for politics of any kind. I just detest Democrats less than I detest Republicans. And don't even mention Libertarians or other splinter whack job parties to me.

I recently mentioned something in my usual flip manner to my nephew about one of the crappy things about being in your 50s is that you finally realize that you have accomplished just about all that you ever will. He muttered something about that being a depressing thought. It is easy for him in his 20s to say that. He still has a worldview that includes potential.

Oh, I've read the books about all of the stuff you can achieve after 50. They usually cite examples of people like Ronald Reagan which immediately makes me want to puke.

I guess my worldview is a bit pissy most of the time. I don't mean to be cynical and negative. I just seem to gravitate in that direction based on experience.

On the positive side, my children soften my worldview substantially. I want there to be hope for them. They make me remember that there was a time that saw things with a sense of awe having never experienced them before. They still believe in magic (though they are beginning to suspect much of it is created by papa and mama playing tricks on them).

But I know differently. Very little of what we were taught when I was growing up was true. We were victims of PR and marketing designed to make us believe a history that didn't exist. One need only listen to any political speech by any candidate to learn that nothing every changes in the political realm. Everyone is always claiming they will change things or return them to the way they were.

But they are always empty promises.  Always. Even candidates with good intentions eventually conclude that you can't beat the status quo. The American political machine has been around too long to change. And it is based on political machines that plowed along long before America existed.

The problem with successfully chasing your tail is that you are inevitably going to get bitten.

How's that for a worldview?