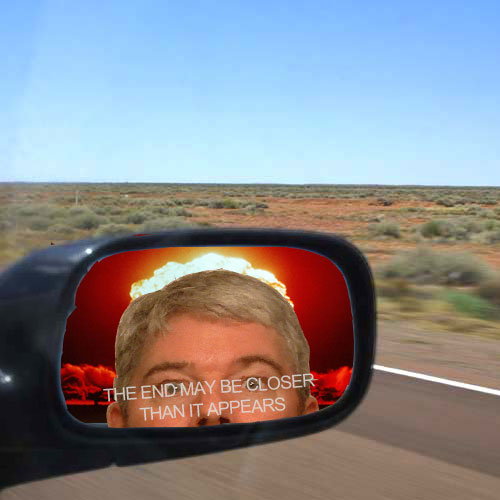 If you follow my blog (and I recommend that you leave at least a car's length between us if you do) than you know I have a special place in my heart for Harold Camping, the pompous ass evangelist who wrongly predicted the end of the world in 1994 and twice in 2011.  And though I don't like to speak ill of the dead, I will make an exception for Harold. Because Harold, aged 92, died yesterday and finally met his maker.

And I hope his maker said something like, "Harold, you got some explaining to do" as he or she dope slapped Harold's spirit for having the audacity to predict the rapture wrongly three separate times. And I hope he is greeted by the souls of the poor suckers who gave away their life savings in anticipation of the end of the world and took their own lives in despair when it never happened.

I've got to hope there is some karmic retribution for people like Harold Camping. And I hope his last words when he realized he was dying were, "Boy was I wrong."

Goodbye Harold. Don't let the rapture hit you on the way out.
Posted by Time at 3:16 PM