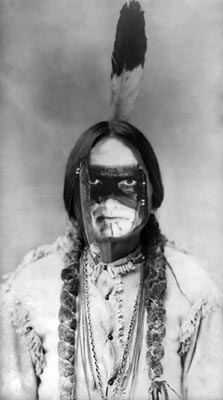 My latest Netflix's binge watching was a Ken Burns series from PBS on the history of the West. Or more specifically, the American West. I'd like to say that it has made me proud to be an American, but unfortunately, the history of our country really doesn't make you feel good about mankind in general.

For one, we as a civilization royally screwed the Native Americans from day one.  So it only seems fitting that they exact revenge by selling us cigarettes, fireworks and geriatric come back bands via Native American casinos.


As near as I can figure, the migration west by white Americans was pretty much inspired by intense greed and self absorption. Everybody seemed to go west to get away from something and get something. If the Pacific Ocean wasn't there, I imagine a vast majority of the people would have kept going.

My ancestors weren't any different. In my amateur genealogy studies I have traced their migrations from places like West Virginia, Ohio, Kansas and Missouri until they ended up in Idaho. Some kept going and ended up in California, Oregon and Washington (like me). All of my ancestors seem to have been poor and kept heading west to try and outrun poverty. Almost all seemed to be farmers or farm hands. Some fought in the Revolutionary War. Several fought in the Civil War. A couple were in World War I and most of my uncles (and my father) served in World War II. But that all seems to fit with the pattern of being poor. Wars are fought by poor men without the resources to avoid being caught up in them.

But I only have my mother's family to trace since my father was adopted and nothing is known about his lineage. And since my mother's family and their ancestors before them were predominantly poor and uneducated, they left little or no written documentation of their existence. There was a brief write up of my Great Great Grandmother being a prominent rancher and land holder in Boise. She was born in West Virginia, married a man 20 years her senior and migrated to Idaho after brief stints in Iowa and Kansas. Her husband had been born in Ohio. One census record shows he was a chair maker by trade and that he spent some time in a mental institution. He also fought in the Civil War.

It strikes me that, culturally, I have no evidence that my ancestors came from anywhere but America. Logically, at some point, someone sailed from somewhere in Europe and planted my family tree. But they were likely poor, common laborers with no time to worry about lineage or recording. I imagine they were simply trying to survive and got swept along with the other waves of poor people surging across America looking for something better.

So I can't call myself an Irish American or an Italian American, or Scottish American. Fortunately my wife's family can be traced straight back to Ireland, so my son at least can say he has some Irish Heritage. I'd guess my ancestors originally came from England. But I know of no one who refers to themselves as British Americans. Maybe it's the whole Revolutionary War thing. My bloodlines are so mixed with other Americans of unknown origin that I am simply an American. I have no traditional dances, songs, clothing or festivals to celebrate my culture.

There is something ironic about that.
Posted by Time at 9:45 AM