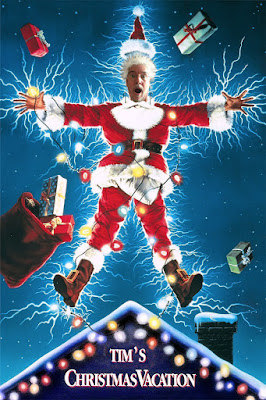 To compensate for not going all out with lights on the house, I've turned my attention to my Elvis tree. If you are new to my blog, the Elvis tree is a white artificial tree from Walmart (the original one was from K-Mart). I only use blue lights on it and blue bulb ornaments. The rest is decorated with my Elvis ornament collection. Under the Elvis tree is a scale replica of Graceland decorated for Christmas just the way Graceland is. I think I've been decorating the Elvis tree for about 15 years. 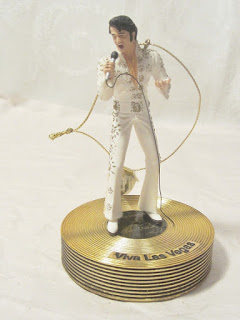 I usually add one or two new Elvis ornaments a year to the collection. But this year I've kind of gone crazy on eBay (which has an inordinate number of Elvis ornaments available for sale). I'm trying to keep to the higher end Elvis ornaments produced by the Bradford Exchange (the company whose business model is to sell "collectible" limited editions of plates ornaments to people who can't afford them but think they are a good investment...trust me they aren't).

OK, let me clear the air here. I started collecting Elvis kitsch many years ago on a lark. There was a time that I thought there would eventually be some appreciation in their value. In addition to the Elvis ornaments (which are at least used once a year) I've got ticket stubs from concerts, his autograph on a postcard and autographs of his friends and family (including Lisa Maria, Priscilla and Colonel Tom Parker). I've got certified swatches of fabric from curtains from a ranch he owned at one time and swatches of fabric from sheets in his California rental house. I've got a crap load of Elvis decanter bottles. I think I even have some certified hair clippings.  Plus I've got tons of books about Elvis.

Bottom line is that other than maybe the Elvis autograph, I don't think any of it has increased in value. Believe it or not, people actually kind of look down on Elvis collectibles. Part of it is that the generation that was truly obsessed with Elvis is dying out. Oh, there was brief resurgence of popularity when the Internet was in its infancy, but I doubt if most Millennials or any of Generation Z (other than my children) know who Elvis is.

For now my kids enjoy decorating the Elvis tree. Who knows if they'll carry on the tradition when I'm gone. If they don't, I wish them luck selling all the ornaments on eBay.
Posted by Time at 1:36 PM