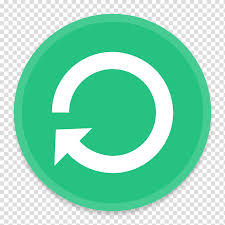 One of the challenges of being a geriatric parent of school aged children is dealing with their homework. Since my wife is a teacher by profession, she handles most of the math questions. I tend to be relegated to just trying to motivate my children to do their homework. My daughter isn't really a problem. She takes it upon herself to start and finish her homework. And she rarely asks me for help except the definition of a new word or two.

My son is another story.

My son isn't a big fan of school. He takes the position that, if the work they give him to do is pointless, it is pointless to do it. I've tried explaining the need to develop skills that help you learn the things you care about, but he isn't really buying it. And part of me kind of admires his willingness to call bull shit on some of the assignments they give.

The latest one was to read a book and instead of just doing a book report write papers and develop materials as if you were turning the book into a movie. Now to me, it actually sounds kind of fun although it is a bit too much like the work I do with ad agencies producing video spots. But my son doesn't think it is fun. After much prodding and poking we got him to do some of the written assignments. But he refused to follow the examples the teacher provided for writing a letter of inquiry to an actor to play the lead role in the movie or other letters to production companies to produce the movie.

For whatever reason, my son is a free range writer. He doesn't use capital letters, punctuation or paragraphs. He just writes stream of consciousness much the way James Joyce is famous for. Having a degree in journalism and spending many years as a copy writer and editor, this drives me crazy. It also drives the teachers crazy. After arguing with him for an unreasonable amount of time he allowed me to edit one of the documents. Then he was outraged that I tweaked some of his sentences in some places to eek out what I thought he was trying to say.


I left the rest of his writing alone. But I couldn't resist trying to motivate him when it came to completing the assignment by developing a movie poster. A movie poster, after all, is basically a printed ad for a movie. And advertising is what I do. I gave him lots of ideas. The book he read was called Restart. It is the story of a 13-year old boy who is kind of a bully until he falls, hits his head and loses his memory. The book is about him recreating his life.

I immediately thought of the restart button on Windows 10. My son said no one would get it.  But finally, at the last minute, he agreed to let me mock up a poster and let him edit it. So working in Google Docs (a program I am totally unfamiliar with) I put together a poster that included the restart symbol with a shadowy image of a boy wearing high top tennis shoes. The title was of course, Restart, a film adaptation of the book by Gordon Korman. The tag line was "The story of a boy who loses his memory and discovers his life." Then I pulled two quotes from the book that tied to the theme of the book (per the teacher's instructions).

I was quite proud of the poster. And I realize that technically my son should have been doing it on his own, but seriously he wasn't having any of it and frankly the whole assignment was stressing me out. I don't even know whether he'll use the poster or not.

But I am anxious to see what grade we get.
Posted by Time at 9:38 AM