Blog in the time of cholera 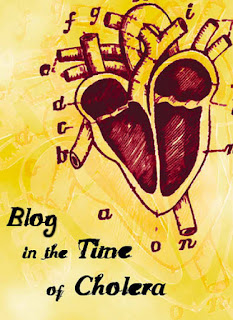 “wisdom comes to us when it can no longer do any good.”

― Gabriel García Márquez, Love in the Time of Cholera

My apologies to Gabriel García Márquez for re-purposing her great book title.  But the title has been going through my head in these troubled times of panic and misinformation in the face of a virus that doesn't seem to move as quickly as the panic it inspires.

They tell us that the people who are most at risk are:


So, being over 60, I am technically at risk. So my company tells me I may work from my home if I choose. But I am torn. I don't feel compelled to cower at home in a self-imposed exile from an invisible bug that could or could not make me sick and in extreme cases kill me. Most of the prescriptions I take come with a list of potential side effects that make the Corona Virus look like a pansy in comparison.

Again it is the panic that frustrates me more than anything. Because the only difference between today and two weeks ago is that several people died in a senior care center not even in Seattle. All of a sudden, we became ground zero for the virus in the United States. But nothing really changed other than people began making runs on stores and hoarding hand sanitizer and toilet paper. It once again confirms for me the power of people's perceptions versus the reality.

I walked on the beach with my daughter last Sunday and noted that it was an ordinary activity untouched by the madness swirling around the virus outbreak. It occurred to me that nature doesn't panic or over react. It evolves and adapts...slowly, but surely.

Pity that humans can't take the same approach. But we seem to be hard wired for fight or flight. And so many of the things that we react to now are imagined or potential versus real and concrete.
Posted by Time at 5:30 PM