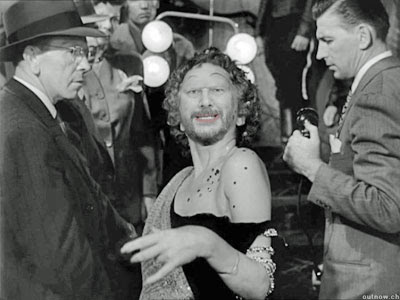 Lately I've been obsessed with making videos. Now granted, part of it has been fueled by the desire to document every waking moment of my new daughter's life. But I can't help but think back to what an astrologer told me many years ago when I was having my chart done. He told me that my chart showed that I was destined to be a "social documentarian" and wanted to know if I worked in a field where I was producing video. I shrugged at the time and thought he had sniffed one too many sticks of patchouli incense. Now, I'm beginning to think maybe he was on to something.
Okay, Steven Spielberg I'm not, but I am discovering that video can be a creatively satisfying way to express yourself. And the digital age we live in makes it relatively simple to shoot and edit video. Heck most of our cell phones now have video capability. Plus the video editing software available now makes it incredibly easy to produce a decent short feature out of even the rawest footage.
Unfortunately, I am discovering video now that it is vulgarly popular (need I say, "You Tube). I stumbled onto blogging in the same way and was quite smug about it until I learned I was unique along with about 14 million other people. So my video masterpieces will likely languish along with my blogging masterpieces. But I'm not in this for the fame. I'm in this for the money.
Ha, ha, ha, ha...
Cut!
Posted by Time at 8:54 PM

When your daughter is all grown up and you look back at your videos of her when she was the cute little button she is now, you will realise they are priceless beyond words. Fame is overrated anyway, just ask Paris Hilton.......

I've gotten into video myself. I find it as rewarding as doctoring up a photo in photoshop. However, I look forward to the day that I can post a video on the net in it's original condition. I have to degrade the quality so much that it looks like an old B film from the 70's. I can't wait for the technology to catch up to my imagination.

I loved your latest christmas video. The lead-in was especially impressive. The movement of the merry-go-round matched the tone and tempo of the music. Very nice job Tim.

Gypsy,
I think that is the miracle of video, capturing the moment for the future. Wish I'd had that with my childhood.

Thanks, the x-mas video was fun to do. I'm just getting the hang of shooting the initial video keeping in mind how I'll cut it later. And I've always thought life should have background music so picking music for videos is a natural for me.

My parents took a lot of 8mm movies of my brother and me growing up. Every year we'd bust em out and watch them at christmas.

Now though, I have trouble distinguishing between memories of events as they occured and memories of watching the events on the screen.

I guess it doesn't matter. I have the memories either way and there's a good chance I'd have forgotten a lot of things if they hadn't been preserved on film.

Keep making those movies, your daughter will appreciate it in the future.

Plus you can show them to her friends and completely embarrass her when she's older. Always good for a laugh.