Why do they call them colds? 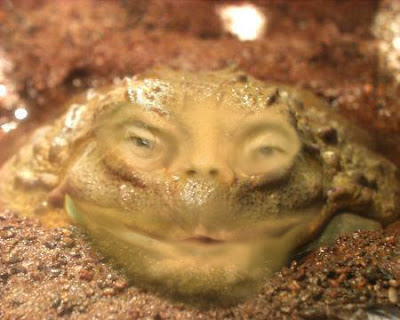 A cold hops in on little frog feet.
It sits on slimy haunches,
Lurking over nose and sinus,
And then moves on...
....or snot.

With apologies to Carl Sandburg

A cold isn't...cold that is. You usually have a fever. So they shouldn't call them colds. I suppose calling them hots would be more accurate. But lusting after someone already snagged that label (as in "I've got the hots for you"). And why do they call them "the common cold?" Are there uncommon colds or exotic colds?

Rachet a cold up a notch and you have the flu (not to be confused with a fireplace flue which is a shaft that sucks smoke up your chimney). The flu is a cold on steroids.

If you hadn't guessed, I have a cold. It shouldn't be the flu. I had a flu shot. Though I've heard reports that some people are getting the flu anyway because they gave everyone shots for a different strain of the flu then the one going around.


But I digress. You have to forgive me because I have a cold.

Though most people aren't sympathetic when you have a cold because they think they are going to get it from you. But the main way people get colds is by touching things that people with colds have touched and then rubbing their own eyes or picking their noses and thus introducing the cold germs to their system. It goes something like this:

"Got any mucous membraines I can inflame?"

"Yeah, I think there are some in the nasal cavity and up there in the sinuses."

Then the cold makes itself at home like a third cousin on your mother's side who hasn't worked in five years. The only way you can get rid of it is introducing it to someone elses system. It eventually leaves, but you still have lots of dirty towels and no beer left.

I'm not sure why no one has discovered a cure for the cold. I don't even think there is a foundation for finding a cure. I suppose it wouldn't make a very good telethon or charity race. "Race for the Cold" doesn't have a very nice ring to it.

Personally, I think Kleenex probably does what it can to prevent anyone working on a cure for the cold. I wouldn't put it past them to hire people with colds to work in their factories and sneeze on the tissues as they are putting them in those cardboard boxes. There's gold in them thar nostrils. And the big wigs at Kleenex know that a cure for the cold is nothing to sneeze at.

Sweet Baby Jesus, that is the ugliest critter I have ever seen in my life. Whatever germ that is supposed to be I'm guessing you would be wise to call a Priest posthaste.

Blowing snot bubbles with no chicken soup in sight. Being sick when you're older just sucks. I remember as a kid being fed a steady diet of soup, ginger ale, and crackers whenever I was sick. Now, when I feel like my lungs are filling with fluid and my forehead is an oven, I'm told to suck it up.
Mommy.....

There is a claim floating around that a virus will be killed by putting a small electrical current through it. I've seen diagrams of battery powered devices that use electrodes attached to a leg. The device passes enough current to supposedly kill the viruses but not harm anything else.

I've toyed with the idea of building one of these things and trying it out but I don't have the facilities to provide enough evidence to establish causality. Without the ability to get a virus and antibody count it's kind of pointless.

Even if the idea isn't BULLSHIT (as Penn would say) as soon as you quit using the device you'll likely become re-infected since your body hasn't built up enough antibodies from the first go-around. For someone who's immune system is already compromised though it might mean the difference between life and death.

Who knows what blows when germs grow?

Mikey,
I grew up in a Christian Scientist family. We never went to doctors and my mom didn't believe in coddling us when we were ill so being sick sucked as a kid for me, too. But you need to find yourself a girlfriend who likes to play Nurse Nancy...nod, nod, wink, wink :)

Build it, market it right and retire young. You could go down in history as the person who cured the cold.

Even with the creep'n crud, you managed to write a great post.

I hate to tell you this but now that you have a wee one in the home, you're going to find yourself ill more often. Be prepared to catch whatever is out there for the next 7-10 years. If you don't catch it at work, EM will bring it home from school.

I find that "Airborne" works better than anything out there.

Awww Tim, I didn't mean to hurt your feelings. It doesn't even look like you, thank God, or I would be seriously worried about giving poor little EM nightmares :)

Shandi,
I know. Tess brought it home. EM got it and so did I. Poor EM. This was her first real illness. But I did manage to win the daddy lotto. I was the first one she threw up on!

I feel like I need to race away back to my own blog before I catch your cold. Its true that you will now be exposed to all kinds of things now that you have a child and that frog is just creepy.

Kat,
Whatever happened to some frogs being princes suffering from a bad spell of a wicked witch? This frog could be one of them, you know...well...it could be...maybe :)