We spent the evening at Gasworks Park in Seattle overlooking Lake Union and watched the fireworks. It was EM's first Fourth of July in the United States. Since the fireworks didn't begin until 10 p.m. she was fast asleep in her stroller. She slept through the entire show.

So this post is dedicated to her and to allow her to see what she missed.

I have to admit that I was just as enthralled by the spectical of skyrockets as I used be as a kid laying on the roof of my grandma's garage watching the starbursts from Boise State Stadium. I'd never been so close to a show as we were at Gasworks (other than the time I when out on a tug pulling a fireworks barge for a freelance story I never wrote).

Ashes rained down on us as we thrilled at the explosions. And yes, I'm sure it wasn't good for the environment. Nor were the hordes of onlookers who rushed back to their cars to avoid the inevitable jams getting home.

But those few minutes of fire in the sky were somehow worth it. 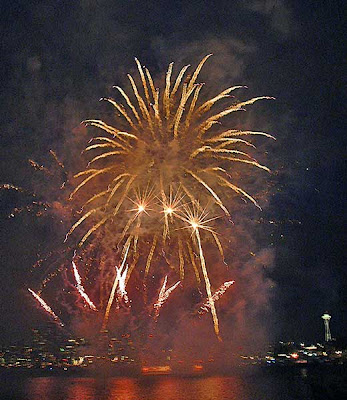 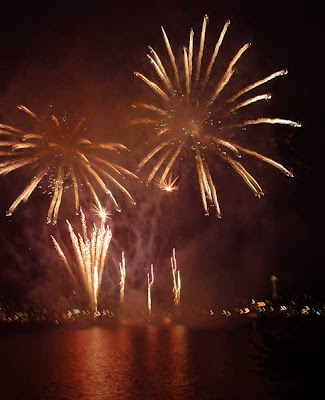 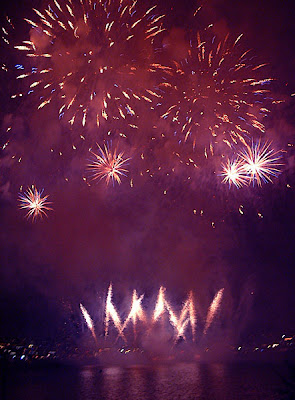 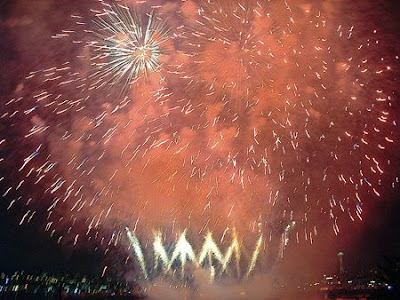 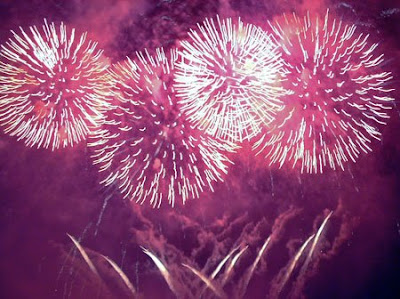 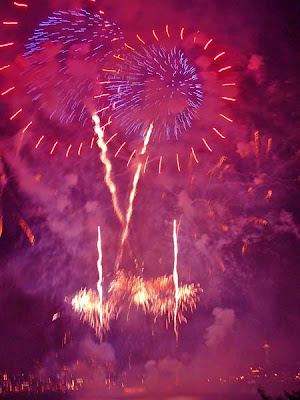 Wonder what the carbon footprint was, across the country.

Wow those pics are spectacular.

Every New Years Eve they have a brilliant fireworks display at various vantage points around Sydney Harbour and the bridge and every year all I can think about are the thousands of starving and homeless people who could have put that money to much better use.

Yes I know...what a spoilsport but geez that's a lot of green to put a match to.

Happy 4th of July to the Healy's, albeit rather late.

I forgot to mention the key point in my comment. Those NYE fireworks displays cost in excess of 1 million dollars every year. I just hope the poor buggers living UNDER the bridge enjoy their great vantage point and the free show....

Thanks Gypsy,
I think we will always drive ourselves crazy if we go down the path of what could be done with money spent on seemingly frivolous things. In this case it created incredible beauty even if it was only for a few minutes. It's the cost of war that really boggles the mind.

The preferred charcoal to use for gunpowder is made from willow. Paper for shells comes from trees or rice. No net carbon gain there.

Thanks Richard,
I knew there was a reason why I shouldn't feel guilty.