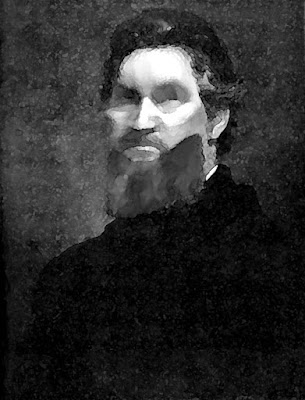 "It is better to fail in originality, than to succeed in imitation. He who has never failed somewhere, that man can not be great. Failure is the true test of greatness."
--Herman Melville
I didn't really mean to diss on Melville in my last post. The man could turn a phrase. I was just saying that Moby Dick, although great literature in a historical sense, lacks relevance in the context of popular thought.
I did not just write that.
Regardless, I do like Melville. He said some profound things. Like the quote above. It speaks to me. I fail in my attempts at originality on a regular basis. But it makes sense. Originality rarely catches on until everyone is doing it. As a culture, we love the familiar. This is why McDonald's is the choice of millions. Unlike a box of chocolates, you always know what you are going to get.

I would caveat Melville's "failure is the true test of greatness" by suggesting you need to be trying something and failing to approach greatness. If you fail because you are sitting on your ass or blaming someone else, you are just a failure.
When I was doing some research about Melville, I discovered the guy was actually pretty cool. He went to sea in his early 20s on the whaler Achushnet. He jumped ship in the Marquesas Islands in French Polynesia and had a romance with a native girl. He joined the crew of another whaler but then jumped ship again in Hawaii. From Hawaii he joined the crew of a British Frigate and made his way back to Boston.

Melville used his adventures in his books and had a brief stint of popularity. But after awhile he fell from grace with the masses because he started to indulge in experimental writing and delved into more political and philosophical subjects. As John Grisham, Stephan King and numerous romance novelists have discovered, the key to monetarily successful writing is not to make people think.

Melville ended his career as a customs inspector in New York. After he died his experimental writing became recognized as genius.

I'm beginning to think my writing career has a chance after all. I just may not be around to appreciate it.
Posted by Time at 10:07 AM