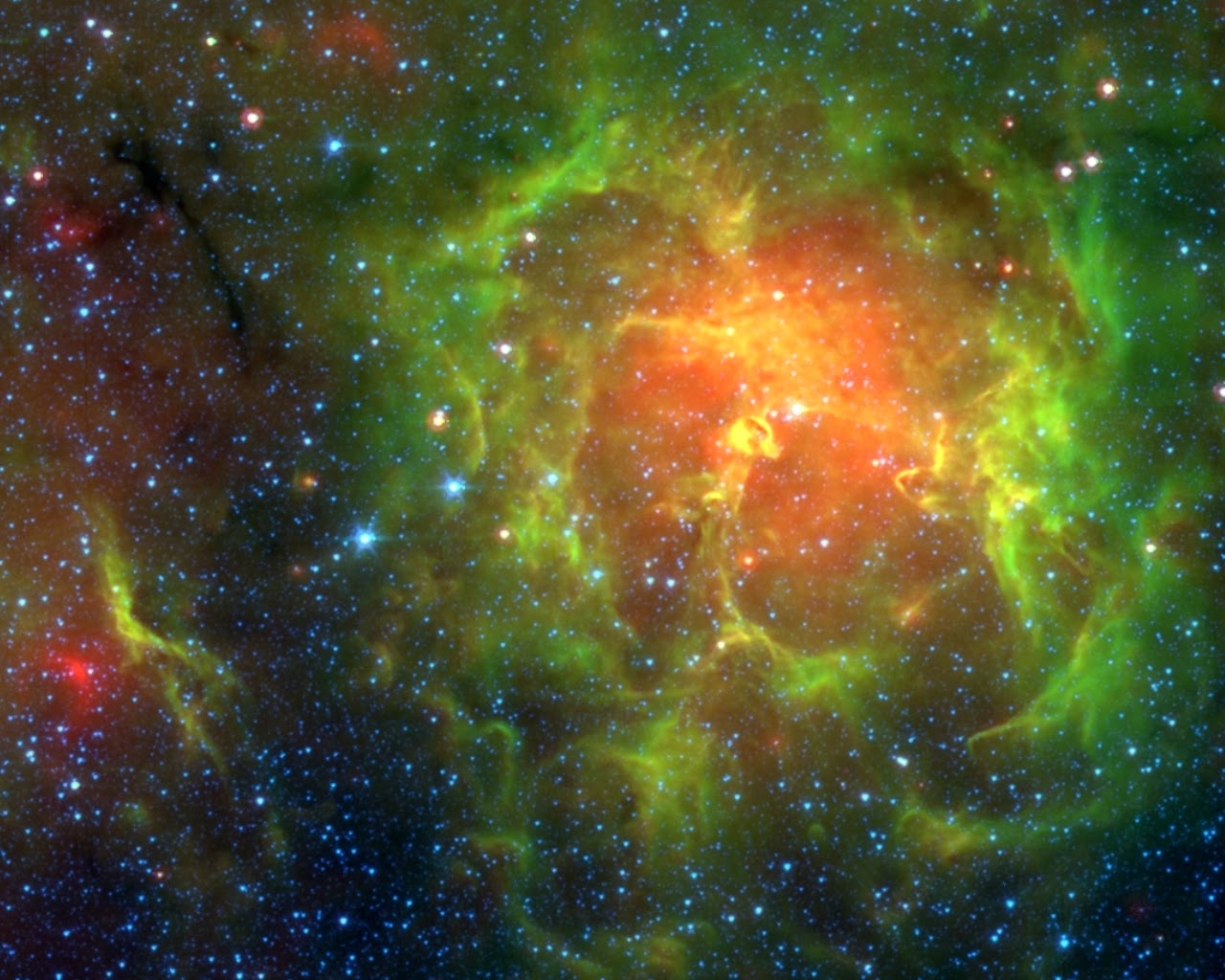 No, this isn't a post about Elvis. We watched a 3-D film at the Pacific Science Center IMAX last Saturday about astronomers who study the far reaches of the universe using super big telescopes. And they made the point that, because the stars they were viewing were so far away, the light they were seeing was from millions of years ago and the stars themselves likely had died long ago.

As the astronomers watched imploding stars and exploding nebula, they also postured that we, humans, earth and everything were made up from the same elements as the stars and therefore they had discovered the source of everything.

After the 3-D movie my daughter asked me several times whether we were made out of stars. I tried explaining that we weren't literally made out of stars, just the same elemental building blocks. But it came out pretty lame and frankly, I like the idea that we are made out of stars. So we went to a laser jukebox show and the star discussion took second fiddle to Pink Floyd.

I have thought a great deal about the light of dead stars since then. It reminded me of camping out under the stars when I was a kid staring at the Milky Way and marveling at how vast it was and how ridiculous it seemed, even to my 10-year old mind, that with all those stars and the likely planets that orbited them, we were the only life in the universe. Yet, even if there was life, it was all so far away, we could never encounter it.

You don't see stars much in the city. Thomas Edison is to blame for that. Perhaps that is why I don't ponder them as much as I did when I was a boy. It is impossible not to turn your face upward when faced with a sky of stars, dead or not. It is heaven, after all.

I'm sure the creationists are gnashing their right wing teeth at the concept that everything stems from a series of star factory nebula at the edge of the universe billions of miles away belching out energy that percolates for a few million years and then turns into a star. And if you believe that energy can neither be created nor destroyed, the universe is essentially a cosmic compost bin, recycling the energy from dying stars and using it to create new ones.

So perhaps the human propensity to want to believe in a god or creator and a heaven is based on the collective subconscious knowledge that our world and our species came from that compost bin in the sky.