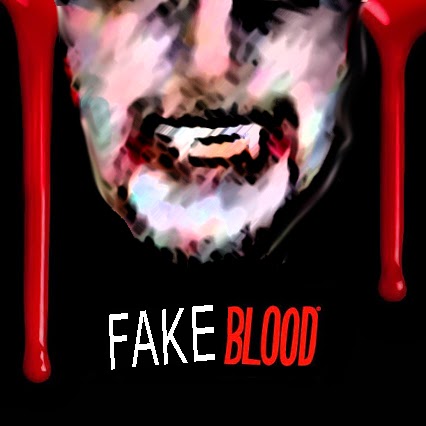 Now whereas The Sopranos was a glimpse into the everyday life of a family of New Jersey mafia, True Blood gives us a glimpse into the everyday life of vampires trying to come out of the coffin and go mainstream in the white trash backwoods of Louisiana. Both series throw in lots of gratuitous sex and violence. Other than that, they don't have much in common.

I like apparently most of America, have always had a bit of a morbid fascination with vampires. I was a Anne Rice fan for a brief time and read most of her vampire chronicles until they got too stupid for even me to follow. 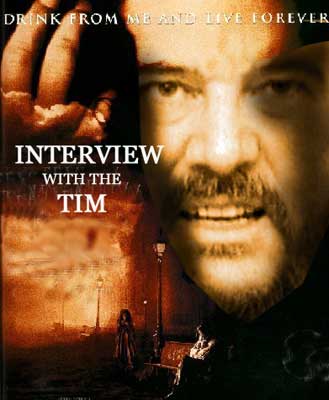 I found Anne Rice's vampires a bit on the effeminate side. They liked to dress up and prance around, but they couldn't have sex. But it didn't take Freud to figure out that biting people was their form of sex (penetration, etc.)  I attributed this to a female author creating male characters that acted and thought the way she thought men (or male vampires) should. But I guarantee the first thing a guy would say after being turned into a vampire and finding out he couldn't have sex anymore would be, "You are telling me I'm going to live forever but I can't have sex? Give me a stake and open the blinds." 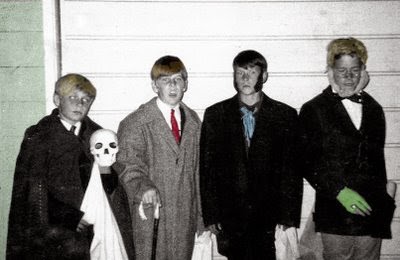 I was actually fascinated by vampires before Anne Rice turned them into angst ridden fops. In the late 1960s I was a fan of Dark Shadows, a schlock Gothic soap opera with a British vampire named Barnabas Collins. I convinced my best friends to dress up like Dark Shadows characters and go trick or treating back in 1968. I was Barnabas Collins (second from the left in the above photo). I'm not sure if Barnabas Collins could have sex or not. I was only 10 and puberty hadn't set in yet and I was more concerned with how cool Barnabas' wolf head cane looked. I fashioned mine out of aluminum foil.

The vampires in True Blood have sex...a lot. And it usually involves biting people without changing them into vampires. But it also involves wearing lots of leather and dog collars. And the vampires in True Blood are for the most part very attractive. Which leads you to believe that either vampires only choose to make the most attractive people into other vampires or it's just Hollywood blowing smoke to boost ratings. Because who wants to watch a vampire named Bubba try to seduce someone while sporting a tank top and a beer belly and spouting such pearls as, "You got a real purty mouth, can I suck your blood?"

Although the rules for being a vampire seem to vary depending upon who is telling the story, the universal truths seem to be that a vampire can't be exposed to sunlight, they can be killed by cutting off their heads or staking them through the heart and they live forever without aging. That's the part that I wouldn't like. Oh, it would be okay for a century or so, but then I think I'd just get bored to tears. I'm not even thrilled about the prospect of living to a hundred let alone several hundred. After all, how many reruns of Friends can anyone really watch?

I'll let you know how many episodes of True Blood I can really watch.
Posted by Time at 9:56 AM