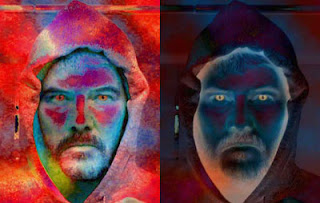 
I have begun to branch out and post daily "Mindless thoughts by @Dizgraceland" on Facebook and Twitter. It is my response to the mindless inspirational quotes people post and share on social media ad nauseam. And this endeavor has been as successful as a Starbuck's branching out and selling hammers.

It is no worse, however, than the time I launched another blog where I posted a paragraph a day of  Cervantes' Don Quixote and my interpretation of what he was saying in modern English. That fizzled out after a few weeks. And the Monkey Playing Cymbals blog was fairly short lived as well (and the monkey has never forgiven me for not posting in it anymore). The Ich Bin Gunter blog was fun while it lasted (which wasn't long).

I'm thinking diversification in blogs isn't very effective. The key to blogger longevity is to find your niche and cling to it for dear life. I try all these other things and just keep coming back to  Dizgraceland. I'm not sure what my niche is, but keep plugging away at it. It will be a dozen years in August.

But those 25 hits a day make it all worthwhile.

Blogger's note: On an ironic note, I posted this and while checking stats, I noted that my 29 followers was down to 28.  Now that shows the how powerful my post was!
Posted by Time at 4:44 PM