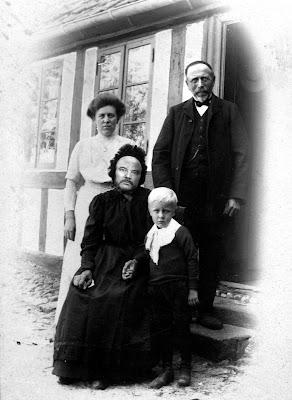 Maybe it is because I watched The Intern, the story of a 70 year old interning at an e-commerce start up (starring Robert Deniro). Or maybe it was the physician's assistant at Group Health telling me the antibiotic he was prescribing for what he thought was pneumonia worked best on young people in good health (implying I was neither).  Or maybe it is just the weariness of being an aging Baby Boomer in a Millennial world. But my world view is becoming pretty pessimistic.

The Robert Deniro film was actually kind of entertaining if not a bit trite and predictable. It painted an image of a youthful world actually coming to respect the wisdom and experience of a senior citizen. That doesn't happen in the real world. Shoot my seven year old son insists he knows more about everything than I do.

The visit to the medical clinic wasn't the high point of my weekend. But after five weeks hacking up things that polite society would cringe at, I gave in and went to the doctor. Okay it was only after coughing to the point of throwing up that I couldn't ignore the fact that whatever I have wasn't going away. Of course, this was on Memorial Day and my regular doctor wasn't working. So I had to go to a walk in clinic in the back of a Bartell Drug Store. The "consultation" room was the size of a broom closet and the sole physician's assistant wasn't overly friendly or optimistic.


Maybe it was my unkempt gray hair and scraggy beard. But I felt distinctly like the guy thought I must have escaped from a nursing home. He pointed out that my breathing was ragged and rattling. I reminded him that I had been sick for five weeks and was drowning in my own mucus.  He quickly wrote out a prescription for antibiotics and an inhaler and hurried me out the door, presumably so I didn't expire on his watch or in his consultation room.

My family was glad somebody gave me something. But I am pretty much convinced that is because they are tired of listening to me hack things up. I didn't even try to play the pneumonia card for sympathy. Once again the legacy of my Christian Science upbringing leaves me feeling guilty and like a failure for failing to just rub some mental dirt on my sickness and move on.

It didn't help that it was Memorial Day. I was trying to reconcile the fact that we are supposed to be honoring people in the military when we supposedly already honored the military on Veteran's Day. My wife clarified that Veteran's Day was for people who survived being in the military and Memorial Day was for people who didn't. My age-jaded mind, clouded a bit with mucus, couldn't help but throw up a bit at the forced platitudes being spewed on social media about the merits of those who sacrificed themselves for our freedom.

Being older, and privy to some of the behind the scenes politics of government, I have never drank the Koolaid on war or military service having anything to do with preserving freedom, especially in the modern world. War is more about political power and economics that anything else.

And I don't say this to take away from people who have served in the military or died in wars. My father was in World War II as were three of my uncles. My maternal grandfather was in the army during World War I (though he never got farther than California). My Great, Great Grandfather was in the Civil War.  As far as I know, none of them thought much about fighting for freedom. I believe they were all basically poor people who got drafted and just wanted to serve and get out alive.

I'm going to go ahead and blame my pessimistic jag on Donald Trump. Because just when I thought we couldn't find a more unqualified and ludicrous candidate for president than say, George W. Bush, in walks Trump. And the more I think there's no way this raving moron can get elected, the more popular he seems to get. It's as if some really bad sitcom writer has drafted a script with a plot so bad no one could ever actually believe it and it somehow has come to life and is being enacted in real time.

But what do I know? I'm just an old baby boomer with a bad cough that matches my attitude.