Another day, another year 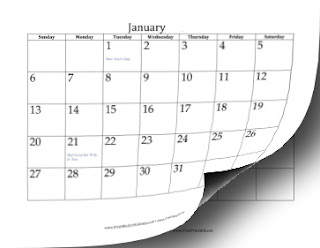 I would be remiss if I didn't acknowledge the end of 2016, a truly sucky year if there ever was one. I am not even going to rehash (or re-hashtag) the setbacks on the political scene

I did manage to post more posts than I have posted since 2011. I think that may have had something to do with the fore mentioned political developments. But I am resolved to ignore all of that for the next four years.

Not that I am much on New Year's resolutions. Though I am going to make as much effort as possible to avoid Internet click-bait. I am also resolved that, once I finish binge watching the sixth and final season of Glee, I will not rewatch it again. Because, although I enjoy the music, I found the writing on season five and six to have sunk to the sub-moronic level. Plus they have run out of gender benders to weave in and out of the weak plots.


Other than that, I am not resolved to change much of anything else. I already exercise just about everyday and I'm always trying to lose a few pounds (though once I think I've ditched them, they track me down again). I don't resolved to be a better person, either, because once you reach my age, you are pretty much the way you are going to be til you die (the metamorphosis of Scrooge was a bunch of Victorian hogwash).

I will say I am glad Christmas is finally over. I took down all of our Christmas lights and dismantled the Elvis Tree over the weekend. I just find anything related to the holiday depressing pretty much by noon on Dec. 25th.

I received a six-month membership to Ancestry.com for Christmas and I am once more feverishly expanding my family tree with endless lists of people who are vaguely related to me many times removed. I also received an Ancestry.com DNA test kit that supposedly will reveal the genetic makeup of me, my family and possibly all of the pets I've owned. So I am jazzed about that. Depending on what shows up (like me being a lost Royal) I'll likely post about it.

Until then have a happy new year!

Politics: I have been given the complete set of The West Wing. That'll be a good distraction from reality.

Ancestry: I've just renewed my sub. Will you do the DNA test? My money's on Africa.

Since I've sworn off politics for the next four years, watching the West Wing would put me over the edge.

And yes, I will be taking the DNA test. And since the discovery of Lucy, one of the earliest ancestors of man, I think it is safe to say we all come from Africa.