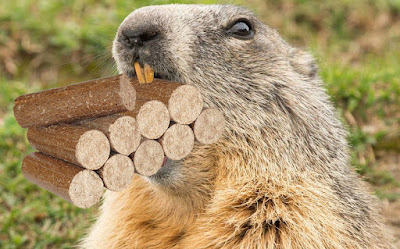 
My inability write about straight news is the primary reason I've never been able to cash in on my Journalism degree. I've just never found straight (or crooked) news interesting. In college I was the arts and entertainment editor on our school paper. I remember one time being called into the Editor's office and he shook his head as he pointed out all of the meaty stories that were breaking in that week's edition yet the only complaint call he'd received was about a story I'd written about turtles being murdered in one of biology labs of the science department. Needless to say, I didn't get to write the second part of that two-part expose that dealt with monkeys in the basement of that same building.

Though as it turns out, no one seems particularly into straight news (or the truth) these days. And being a Journalist ranks right up there with serial killer and septic tank cleaner as a profession. So it is probably just as well that I never actually worked at a newspaper. After all, I would never have gained the notoriety I have as a world-renowned blogger.

See, if I was a true Journalist, I wouldn't assume everyone knows what a Presto Log is.

A Presto log (originally Pres-to-Log) was an artificial fuel for wood-burning stoves developed in the 1930s as a means of recycling the sawdust from sawmills. They were made of clean, dry sawdust, wood shavings and green waste that was formed into logs by machines under great pressure without any binders or glues.

Thank you. I think.

It's the least I could do considering you are from England and have helped make the term "world renowned blogger" sort of true...on a small scale at least. But it is a small world after all.

Now you can add 'international educator' to the mix.