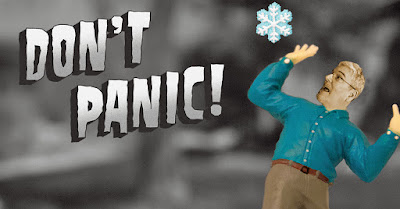 The Puget Sound region is slowly recovering from a series of snow storms that dumped close to a foot of snow in an area that rarely gets any. And these storms hit in February with spring visible on the horizon.

I live in the Puget Sound region partially because it rarely snows. So having to endure almost a week of this crap has made me think that moving to Costa Rica may not be a bad idea.

Most of the snow is gone from the roads now and I did drive to the train station this morning. I hated taking my relatively new car out, but I also didn't feel like trudging through the muck and slush again this morning. I only had a brief moment of panic when I backed out of my driveway and got stuck in the six inches of slush just before the main road. My days of driving in snow in Idaho kicked in and I rocked my way out of the mess and got onto the relatively dry main road.

I learned to ski when I was a senior in high school. I never really liked it. I couldn't really afford proper ski gear so I froze when I was taking lessons. I reinforced my dislike of snow. I haven't been skiing for maybe 30 years and I don't miss it. And being 60, the odds of me ever wanting to ski again are slim to none. 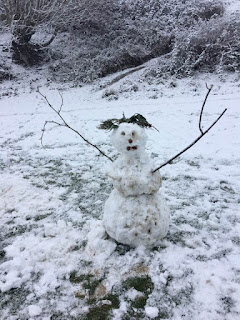 I did help my children build a snow man in a local park when it first snowed.  It had been knocked over and kicked apart by the next day. I assume this was done by people who also don't like snow or snowmen.

Oh well, no use crying over melted snow or snowmen.
Posted by Time at 8:33 AM

Anonymous seems to be my #1 fan.