Why we don't exist 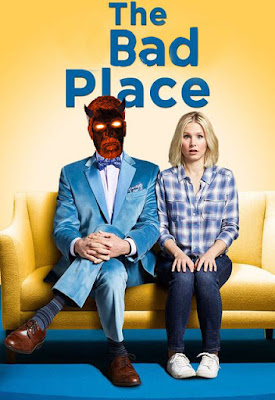 "Mumbo Jumbo" btw comes from the Mandinka word, "Maamajomboo", which refers to a masked male dancer who takes part in religious ceremonies. It has come to mean, according to the Oxford Dictionary, "an object of senseless veneration or a meaningless ritual."

Being raised a Christian Scientist, I was told repeatedly by my mother that sickness and death were an illusion. Life in fact was an illusion and that we were neither born nor would we die. She'd point to circle on the cover of Science and Health with key to the Scriptures by Mary Baker Eddy (the founder of Christian Science) and ask me where it began and where it ended. Of course unless you see it drawn, a circle has no beginning or end. That is life, she'd say.

I have to say, I had a hard time buying the concept especially when my mom tried downplaying birthdays because she believed we were neither born or died. I also saw a lot of pets and family members die. So this concept of neither being born or dying didn't jive with what I was seeing going on. For the longest time I thought it was just because I wasn't a good enough Christian Scientist.

In retrospect, Christian Science is a bit like Buddhism and the concept that you can end the cycle of birth and rebirth by eliminating attachment and desire. Christian Scientists just think you do it by praying.

I was a Buddhist for a short time, too. But I was about as good at being a Buddhist as I was being a Christian Scientist.


Regardless, I question at times whether anything is "real" or just constructs of chemical reactions in our brain. I've postured many times about creating our own reality and rejecting other realities. This is the only explanation for Trump supporters.

There is no denying the power of the brain to create elaborate illusions. I had a powerful dream the other night about driving a riding lawnmower through my living room to the front door and watching in dismay as cars parked on my front lawn to escape major flooding. I am not sure what this means, especially since my front lawn is about 12 x 20 feet with no room to even turn a riding lawnmower around. We also live on a hill so the only flooding is in our basement from underground springs.

So regardless of whether what we experience in our "life" on earth. I have a difficult time believing there is a good or bad place we go to after we die (if we die). As a species, we can't agreed on common criteria for what constitutes being a good person or a bad person (though in my book there isn't any question about where Trump would go if there was an afterlife).

Frankly, I would be relieved to know there wasn't any judgement after we die. I can't stand feedback in work performance reviews. I couldn't even imagine having my entire life judged. I could just imagine St. Peter or whoever going down the list and looking up at me and shaking their head and asking, "And what is the deal with this blog thing? What was the point?"

At that point I think I'd just sigh.