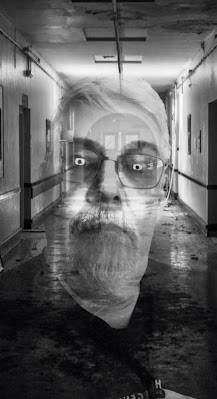 I thought "Mock of ages" would be a clever title for a post about aging. I then Googled it and found out it is the name of a Def Leppard Tribute Band in Atlanta. Go figure.  It does illustrate one of the challenges of aging: you discover there are no new ideas.

Since re-engaging with Medium again, I've seen lots of posts from people in their early 20s bemoaning how much of their lives have passed without them feeling like they have accomplished enough. Most of them have 60 or more years ahead of them but they are oblivious. Try being in your 60s and realizing you have maybe 20 years left.

Twenty years. It's not a lot of time, and adding insult to injury, much of my time left is going to be dealing with the inevitable impacts of aging. I will continue to slow down while time speeds up.

But no one wants to read about the grim future of aging. Though I am bombarded daily with the grim headlines about nuclear holocaust, plagues, global warming, economic downturns and the end of democracy. So don't point fingers at me for being a Debbie Downer when it comes to growing old. It's something you don't think about...until you do.

Some people like to point out examples of people who accomplished relatively great things after they turned 70. They cite people like Ronald Reagan and Joe Biden. But Reagan lost it all to Altzheimer's and Biden is ridiculed in social media for displaying his age.

There is something about seeing old people that brings out a visceral reaction in young people. Hell it brings out a visceral reaction in not so young people. Maybe seeing old people makes them have to face the inevitable reality that they will be old eventually, too. And then there is the other eventuality they have to face as well.

It's why for the most part people look right through you when you are old. You fade into the scenery. You stand in lines at the grocery store or Starbucks and are ignored.

So maybe I understand why some aging musicians would get together to form a tribute band called "Mock of Ages." I just don't get why it would be a tribute to Def Leppard.

Because it’s a Def Leppard song from the early ‘80s. Its lyrics include “It’s better to burn out than fade away”.

Ahhh, mystery solved. I forgot that you were a big heavy metal fan.