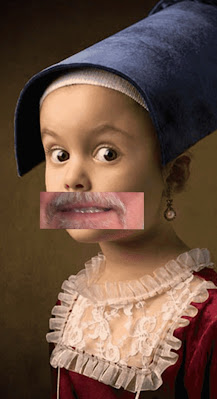 I've been dabbling with posts on Medium.com again despite being dropped from their associate program  where you earn cash if people actually read your stuff (generally in five to 10 cent per month chunks). I was dropped because I didn't have the minimum 100 followers.

Putting my bruised ego aside I have set out to try and get 100 followers. The easiest way to do this apparently is to follow other Medium writers who post articles that urge you to follow them and they will follow you. It's kind of like the early days of Twitter where there were lots of Ponzi schemes to get followers by following random people.

I have my doubts about the platform in general. The average age of the content contributors seems to be about 24.  And there is quite a bit of content about writing tips. So being 40 years older than the average contributor and having been a professional writer for about 40 years, there is a bit of a generation gap. I have a hard time relating to 20 something's identity crisis' and I don't really need to know the top ten words not to use while I blog.

Conversely, the 20 somethings really aren't interested in the foibles of being an aging creative and the crisis' I encounter just by looking in the mirror and discovering my body is shrinking while my ears and nose grow grotesquely.

So the question is is there any way to to bridge the gap and is there any point?  I'm an old dog who doesn't think he has any gray matter left to learn new tricks and most of the young dogs seem to be more interested in humping legs than listening to the mutterings of a gray dog. And being the father of two teenagers, I am well aware that being old is not perceived by them as being wise. Nothing makes them glaze over like a sentence that begin with, "I remember when...."

The thing is that I've earned the right to admit I don't know everything through a a wealth of mistakes and experience.

I've never heard of Medium and after clicking on the link I'm pretty sure I'm not their target reader.

Since you are one of the only published authors I know and a professional editor, I don't think you are a target market for Medium. I imagine the editor in you would die a little if you read most of the posts.