I see the beast, but where's the beauty? 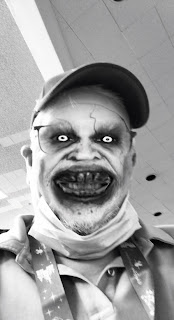 I have kind of a love/hate relationship with Disney and their parks, hotels and stores. Despite their continued business model of squeezing ever last dollar out of visitors to the Happiest Places on Earth, I continue to grumble and book trips to the Magic Kingdom. And I'm joined by millions of others who flock to the parks daily to consume their churros and turkey drumsticks as they shuffle off to a ride.

The question is why? I have never been to Disneyland when it wasn't crammed with miserable looking people desperately trying to get to the next ride that has less than an hour wait. And the infamous lines that wind around like a snake swallowing it's own tail continue to get more elaborate and deceptive. The replaced fast pass kiosks with a Genie Plus App that you have to pay $20 a day per person to use to join the rebranded "Lightning Lane" on select rides. The catch is, if you can actually figure out the app (and it is working) you can only use it once per select ride per day and once you use it on one ride you can't use it on another ride for a few hours.

The Genie Plus also isn't good on the most popular rides like Star Wars Rise of the Resistance, Spiderman Academy or the Radiator Springs Race. You have to pay an additional $15 to $20 to get in the Lightning Lane.

Then you have to hope the ride doesn't break down before your window of time to use the Lightning Lane. Star Wars, Indiana Jones and Pirates of the Caribbean broke down several times while we were there last week.

Consumption at the parks always blows me away. Despite astronomical food prices (like $7 for a soda served in a small plastic grenade in Star Wars Land) people move through the park like locust munching on high priced popcorn and Disney branded snacks. If you are lucky enough to get a reservation at a restaurant like the Blue Bayou you can plan to spend $29 for a Monty Cristo sandwich. I bought my son kid's chicken meal for $10 that included one thin strip of chicken. We asked for another two strips of chicken on the side so he wouldn't starve. Each additional strip cost another $10.

The thing that has always baffled me about Disneyland is the hordes of people who flock there despite the expense and crowds, just to try and carve out a piece of the promised dream -- a fantasy world of magic. And I know it sounds hypocritical because I'm one of them. Part of me harkens back to that kid in me who one day dreamed of going to that place Walt Disney hyped on television promising to bring a carousel of color to my black and white world.

But the only color Disney seems to promote is the color of money. I'm sure they have huge teams of people calculating algorythms that keep the crowds moving and consuming just out of reach of the dream.

I did note in this last trip to Disneyland that despite the outrageous cost of going there, it isn't a place for the rich and beautiful. It attracts the want to be rich and beautiful. And no matter how bad you feel about how you look, all you have to do is go to Disneyland and discover that maybe, compared to the unwashed masses, you don't look so bad or fat as you thought.

This is one of those posts that you start writing without a real point and then you find you've tapped into some bottled up bile and resentment. It got twisted in with all of the stress of travelling after almost three years of pandemic induced isolation. Mix in the stress, expense and the cold I got when we returned home (I've tested negative for COVID four times so I've concluded I just have a bad cold) and you get a pretty negative review of Disneyland.

But I'll bet you we eventually go back.

One of your more uplifting posts...

I have been a wee bit dark of late, haven't I?