So happy I could cry 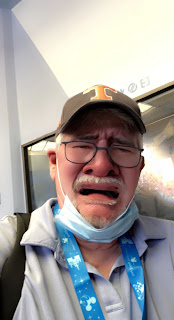 I have written several posts about crying at the self-proclaimed Happiest Place on Earth, Disneyland. So after going there yet again last week to celebrate my son's 14th birthday, I decided to do a photo series I call, "Crying at the Happiest Place on Earth." This is me crying on the first day in the park after walking about 30 miles in sandals and rubbing my feet raw. 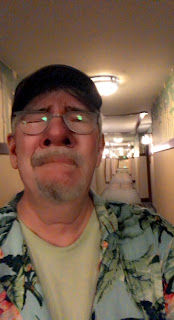 This is me crying in the hallway outside our room in Disney's Grand Californian. It is a beautiful hotel decorated in Mission style furniture on a grand scale that awes you when you walk into the lobby. It also features premium priced (but not premium quality) food that will bring tears to your eyes (like $20 chicken strips and a $25 dollar pepperoni pizza). 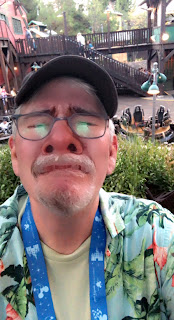 One cool aspect of staying at the Disney Grand Californian is that you have your own entrance into the California Adventure Theme Park. This is me crying in line waiting to go on the Grizzly Bear River Run where they promise you will get wet and probably soaked. There is also a huge probability that you will get queasy on the spinning river raft and another huge probability that the ride will break down after you have waited in line 45 minutes to get on it. 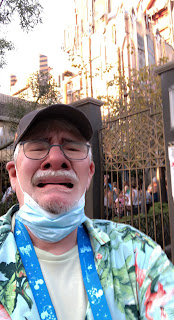 One of the more exciting rides in California Adventure is the Guardians of the Galaxy Mission Breakout ride. It used to be the Tower of Terror Ride with a spooky Twilight Zone theme. They switched it over to Guardians of the Galaxy when they bought the franchise. This is me crying in front of the tower after losing control of several bodily functions during the third or fourth free fall elevator drop. That is me in the back row left. 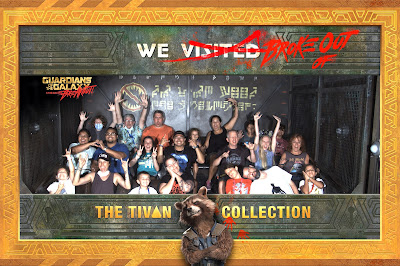 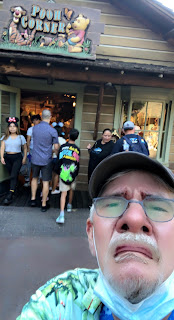 This is me crying outside of Pooh Corner which is the first thing you see after exiting Splash Mountain after plunging 50 feet in a log boat without a safety harness. I found it pretty ironic. 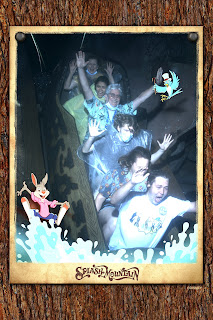 This is me plunging that 50 feet and wishing I'd visited Pooh Corner before getting on Splash Mountain. 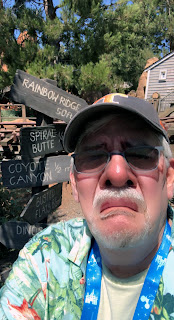 This is me crying in the line for Thunder Mountain Railroad for the third time. They don't take your photo while riding Thunder Mountain Railroad. I assume it is because there was an accident on the ride back in 2003 that killed one person and injured ten. I don't think Disney wants to take a chance on it happening again and getting captured on digital film. 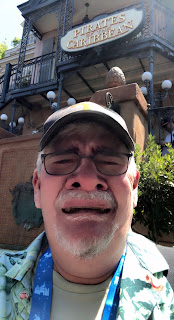 This is me crying in line for Pirates of the Caribbean (which we rode four times mainly because it seemed to have the shortest lines of the major tradition rides). 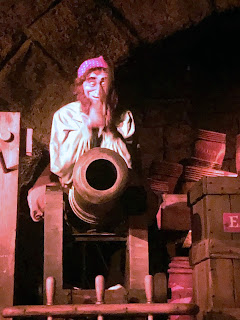 I'm crying because, while Disney can create great rides like Star Wars Rise of the Rebellion with lifelike robots, they still seem to have the original pirate animatronic robots that look like store mannequins who are desperately in need of a shave (and probably deodorant). 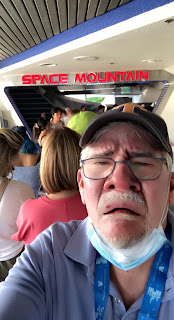 And finally, this is me crying in line for Space Mountain because it has the longest and most boring line in the park. The truly sad part of it is that you stand in line for 90 minutes for a three-minute line. 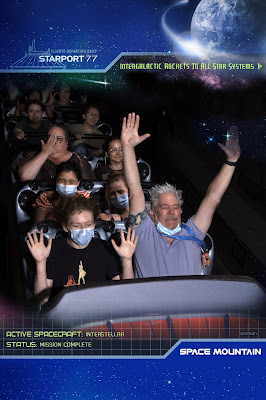 That's me in the front row of the ride trying to make the most of my three minutes. And for crying out loud, that's all of my crying at the Happiest Place on Earth photos. If it is any consolation, I also cried on Indiana Jones, the Enchanted Tiki Room, the Jungle Cruise, Spiderman Web Academy and the Radiator Springs Racer rides but I was too distraught to take selfies.

Ah, so you're not crying about not getting the marketing job to promote the place?

Disney doesn't need me. They have an army of robots to do that.