Old man, look at my life 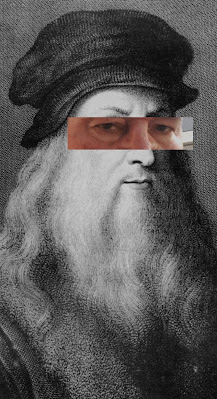 Rolling home to you

I have always liked the song, Old Man by Neil Young. I can't say the lyrics ever made sense to me other than a young man telling an old man that he was young like him at some point in his life.

Actually Neil Young was writing the song to an old man who was the caretaker of a ranch he bought in Northern California when he was 25. Apparently the old man had lived on the ranch for a long time and couldn't believe a 25 year old could afford to buy it. So Neil Young wrote the song to rub his face in it.

Well he said he wrote it to tell the man that they weren't that different than each other. He just had got rich young by playing a guitar, smoking weed and singing in a weird falsetto voice. The old man on the other hand was taking care of the young man's cows and mending fences for what I imagine was minimum wage.

I can tell you that when I was 25, I wasn't imagining I was anything like old men. I didn't want to think about getting old. And at that age I was thinking 40 was old. Now 40 seems pretty young to me. I do remember being depressed when I turned 25 because I'd let a quarter of a century go by with out much to show for it. I'd like to go back in time and slap my 25 year old self a few times.

Speaking of getting old, I've been watching Virgin River on Netflix (don't judge). In addition to young, attractive actors, the cast includes Tim Matheson and Annette O'Toole as an aging couple. If you don't remember who they are, Tim Matheson starred in the 1978 movie Animal Shack. If you really want some trivia, he was also the voice of Johnny Quest in the 1964 cartoon. Annette O'Toole was in lots of movies and series in the 1980s and 1990s. She was Lana Lane in Superman III. She was also in a 1982 remake of Cat People that I panned in a review in my college newspaper. My review headline was "Cat People belongs in the litter box." Anyway she was pretty hot back then.

But Virgin River shows what happens to all of us when we age. Matheson, once a heartthrob, plays a crotchity old country doctor. O'Toole plays his very unlikeable wife. Even when the doctor begins losing his eyesight and his wife suffers a brain injury, it is difficult to like either character. And the challenge for me is that I keep picturing them the way they looked in the early 1980s.

Time is not kind to any of us.

Now lest you think I am age shaming I must remind you that I am pretty much in the same boat (which could desperately use a new coat of paint). It is just a bit jarring to see these actors who I picture in their iconic young roles, growing old. It's like going to your 40th or 50th high school reunion and wondering who all the old people are.

Now that I am in this hole, I am going to stop digging.

Oh man, look at my life.