The rocky path to empathy 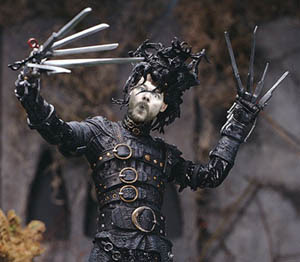 My almost 14-year old niece has returned to Boise after a five day visit. I did not profess to understand teenagers before she visited. After five days with one in our house, I profess to know even less.

I believe communication is the common denominator that breaks down most barriers. It is the way we discover things about each other and determine how to interact. Now granted, I prefer written communications to the spoken word, but I think I can carry on a conversation equally as well as the next person. But then I spent five days with my niece.

It was not unlike playing charades with a caveman. Almost nothing Tess or I could say could illicit more than a nod, shrug, or grunt. I felt like Annie Sullivan in the Miracle Worker (Helen Keller's story) when I could get my niece to string together more than five consecutive words into a sentence.

I sensed that the problem wasn't that my niece wasn't an accomplished talker. Her constant companion was a cell phone. I'm assuming that somewhere, somehow, she was talking to someone, but presumably someone around her own age that didn't suffer from adult standards of what constituted a conversation.

At one point, Tess, our niece and I were watching a program about Johnny Depp on television. An image of Depp's movie, Edward Scissorhands flashed on the screen and Tess asked our niece if she'd ever seen the movie. She shrugged and mumbled something about a teacher showing it to them in class. Tess saw the opening and seized on the topic and asked why the teacher had screened Edward Scissorhands for her class. Our niece replied, "To teach us about empathy."

I was stunned to hear a complete sentence and and more than a two-syllable word. But I rose to the occasion and asked, "And did you learn about empathy." She rolled her eyes and said, "No, I'd seen the film before." She then got up and went to the guest room, presumably to talk on her cell phone. Tess and I sat there staring at each other in confusion.

I guess I need to rethink empathy, because although I was 14 once, I haven't a clue what it's like to be one now. The best I can hope for is realigning my expectations and hope I can communicate with our niece when she reaches 30.

But then again I could just call her on her cell phone and giggle alot.
Posted by Time at 6:37 AM

I remember when I was 14, I wouldn't have wanted to talk to you either. But that's only because 14 year olds are idiots (no offense to your niece, she can't help it).

42 year olds are idiots too, but in a much more sophisticated and easily concealable manner.

Thanks Lights, that was of no comfort, but I appreciate it. I realize it takes years to learn how to conceal faults. I'm still working on it.

BTW, Elvis was 42 years old when he died. Oh, and you have some spinach stuck in your teeth.

Love the Edward Sissorhands photo. You come off looking a little like Don Knotts only hotter.

My son is 13, so I can empathize here. I become more and more "stupider" the older he gets. I've learned now to just grab ahold of him when he's acting so full of himself, and tickle the hell out of him. Or, I'll put up my dukes and ask him if he feels lucky. We end up play fighting, slapping or tickling eachother. There are no need for words at that age. They're just wasted on deaf ears anyway.

Ha, ha...Don Knotts...don't blame me, Lights is the one who started it. I know it must be harder to actually have a 13 or 14 year old around. I'm sure you handle it well. But tell me, is the phrase, "thank you" anywhere in your son's vocabulary? My niece doesn't seem to be able to articulate it.

I honestly think it has something to do with brain wiring during that stage of developement. No, they really aren't capable of coherent conversation, just making interesting, "cool" sounds at each other that is devoid of content. This usually carries on into young adulthood, which gets them into trouble if they actually show up at a job, which is why so many of them are still in school (college), still learning how to soak up information and spit it back out in a coherent fashion, when they aren't getting drunk.

"thank you" is a very hard phrase to sound out. You might want to try "supercalifragilisticexpiallidotious" or "antidisestablishmentarianism" either of those are a good start. "Your welcome" is almost unnecessary as they rarely do anything worth a "thank you" from us.

THE Michael,
That's as comforting as Lights comments. Thanks.

Can I hear an "amen" Shandi!

Well as a mother of a 13 year old boy and a 14 year old girl I can empathize with you!!! My son still likes to talk to us but my daughter has no interest. Although every once in a while if she has had too much caffeine and too much sugar she will talk without taking a breath. Then I want to say okay enough hush up. But I never do because who knows when she will feel like talking to us again.