You can run but you can't Ides: Redieux 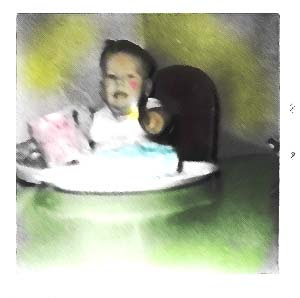 Bloggers note: I originally wrote this on March 16, 2006, but it still seemed relevant and I didn't feel like being redundant so I am reposting it. It is kind of like regifting, I know. But it is, after all, my birthday and I feel like you can cut me some slack. I will say I am having a very nice birthday and that Tess made me a cake from scratch. I can't remember anyone doing that for me since I was a kid. I am a lucky man despite my advanced years.
March 15ths was the Ides of March. It was the day Julius Ceasar was assassinated by the Roman Senate. The phrase, "Beware the Ides of March," was made famous by William Shakespeare in his play about Julius Ceasar. It now tends to have a connotation of doom. But as with many of those types of phrases, I doubt many people know or care where it came from or even know what it means anymore.
This would probably explain why I got odd looks yesterday when I randomly went around saying, "Beware the Ides of March." It really freaked out these Girl Scouts selling cookies outside the Safeway. I thought for a moment their mother was going to dial 9-1-1. That's what I get for trying to interject a little sophisticated humor in people's lives.
I was born near the Ides of March on March 18. I try not to read anything prophetic in that. But I usually do have a feeling of impending doom as my birthday nears. I used to celebrate it on St. Patrick's Day until I started doing my family tree and made the horrific discovery that it is highly unlikely that any of my ancesters originated in Ireland. So I'm back to celebrating on March 18 (which is just as well since that green body paint is a pain to wash off). 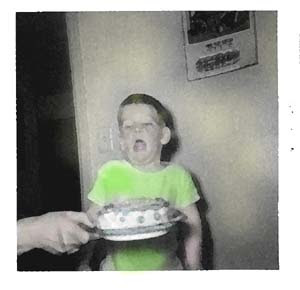 It's not an age thing, either. I stopped fretting about becoming middle aged after hitting 40 (which was celebrated by my friends taking me to a Hooters restaurant where I had to stand on a table while the waitresses threw chicken wings at me...it's a long story). I just have never really liked my birthday. For one, my mom wasn't big on us celebrating birthdays. Her interpretation of Christian Scientist teachings was that, since our material body didn't exist, birth and death were an illusion and birthdays didn't make sense (try explaining that to a five year old who really just wants cake and presents). Oh, she still made us a birthday cake and we did get presents, but each year she tried to tone it down a bit. By the time I turned 13 she just wrapped up a package of jockey briefs and tossed it to me on the morning of my birthday.
I have since switched to boxers (too much information, I know).
Another thing I've never really liked about birthdays is being the center of attention. I know this is very difficult to believe about a man who has superimposed his face on quesadillas, kalamata olives and more recently a Timber Wolf, but I am really quite shy. I never know how to react in a restaurant when the servers run out with a cake, slap a lobster bib around your neck, pop a bedpan on your head and sing happy birthday while beating a bass drum. It's even more embarrassing when it is your birthday.
Okay, maybe the whole age thing does tweak me a bit. I just think that whole "walk into the light" thing they associate with your soul leaving your body is very likely the candles on your last birthday cake. That makes it very hard to make a wish.
On that happy note, I'll leave you with Ceasar's last words on the Ides of March, "Etu, Brutus?"
Posted by Time at 11:09 AM

Have a very Happy Birthday Tim! Isn't it wonderful that something as simple as someone you love making you a birthday cake can make you feel so special. Thats why I like you Tim, you appreciate the simple things.

I'm working on my new blog as we speak (I'm not very good at this sort of thing tho so bear with me).
Will let you know as soon as its up and running....been missing this blogging caper.

Hugs and Kisses for your special day.

Thank you so much Madame Butterfly! I look forward to your new blog. That will be a great birthday present as well.

Happy Birthday though, and try to stay out from under bedpans.

Thanks Hayden, Very punny! Hope you saved some of that corned bison and cabbage for me. As for the bedpans, all I can ask is they not be used ones. :)

Beware the Ides of Tim.

Whitesnake,
I've been using this ointment, so I think Ides of Tim isn't really contagious at this point.

Well, happy freakin' birthday to you! As a gift, I'm going to allow you the use of the word "prolithic" without even complaining that I haven't been able to find it in the three dictionaries I checked--oops! Too late! Oh well. Happy birthday anyway. Even though it marks the official end of Girl Scout Cookie season this year. So pass the Prozac and blow out the candles. At least we're all headed in the same direction, eh?

Kristy, Thanks for catching not only a misspelling of the word "prolific" but a misuse of the word even if it was spelled correctly. But we all need to be put in our place and feel stupid at times, especially on our birthdays. I appreciate it.

But, Tim. I love you, man. You're the man. And I love you. There ain't nobody can work the Photoshop like you can. Don't be mad, Tim. We all love you!

Happiest birthday wishes Tim! And bravo to Tess for the homemade birthday gateau. Remember, you're not getting older (well, you are!) but you're ALSO getting better!! Looking forward to seeing what else that creative mind of yours comes up with in the next year. Cheers, JP

Ok Tim, its a bit rough and I'm thinking of it as a work in progress but heres my new blog address:
http://karenangelwithoutwings.blogspot.com

Why Kristy, I'm mad as a hatter. I assumed you knew that. But apology accepted.

Thank you JP. The cake was delicious, too!

And to the angel formerly known as a butterfly, happy rebirthday to you!

And thank you Shandi for sticking with me from the beginning. You of all people must realize that I've just been repeating the same blog post over and over for almost three years now. :)

What kind of cake was it?

You hang onto that woman, she sounds like a gem!!!

Angel sans wings,
Funny, that's what she tells me too :) I think I could marry her...wait, I already did!