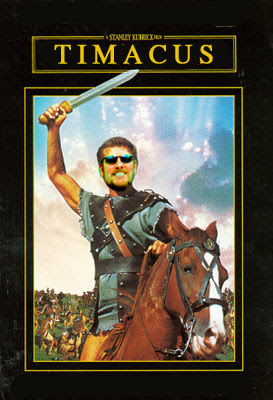 I have always been an avid movie watcher. I have loved escaping into a good film for as long as I can remember. We couldn’t afford to go to the movie theaters much when I was a kid, so many of the early movies I watched were on our console black and white television. I don’t even think my parents bought a color television until after I left home. I remember being shocked when I saw the Wizard of Oz in color for the first time. I had assumed the yellow brick road was gray for years.

On the rare occasions when we did go out to a movie as a family it was usually a drive in. My brothers and I would put on our pajamas and pile into the family’s old 1936 Chevy. Once we got to the drive in, we’d go play on the swing sets and jungle bars until it got dark enough for the movie to start. Then we’d pile back into the car and pass around a grocery bag filled with popcorn my mom would pop ahead of time. I’d usually fall asleep before the movies ended and wake up being carried into the house.

My favorite films were epics involving sword fighting. I enjoyed films like Spartacus, Ben Hur, and the Vikings. My brothers and I would act out the films for weeks after seeing one. My father made us wooden swords and we crafted shields out of old garbage can lids. We never seemed to get tired of chasing each other around the yard whacking each other with the wood swords screaming, “Oden,” and “Vahalla!”

I also remember being fascinated by an old Disney movie called Dr. Syn, Alias the Scarecrow. It came out in 1963 and starred Patrick McGoohan. He played a 18th century reverend in England who lead a band of smugglers who dressed like scarecrows when they moved their merchandise. I wanted to be the scarecrow. I made a scarecrow mask out of an old burlap bag and rode around the neighborhood on my bike with it on head calling out that I was the scarecrow. I think the burlap gave me a rash.

I was an odd child.

Patrick McGoohan also starred in another Disney film that came out in 1964 called the Three Lives of Thomasina. It was about a little English girl and her cat. I had a crush on the little girl. I think it was my first crush on a film character. Several years later I had a crush on Dr. Zira, the chimpanzee scientist in the Planet of the Apes.

I thought it was the Nine Lives of Thomasina. Maybe you saw the abridged version.

We took the kids to a drive in (for their first time) last week. They don't put up playgrounds any more. Too much of an insurance liability I guess. Sucks.

Well, at least you didn't have a crush on the cat.

Does this imply that theres more than a link between you and mankspank?

Patrick McGoohan. The orginal #6. I could say more, but that would be telling.

Dr. Zira, huh? That explains the fascination with cymbals then.

@Hayden: God thing he didn't see That Darned Cat; otherwise, his other blog would be Cats with cymbals. :-D

Kristy, No it was Three Lives of Thomasina. The cat only used three of them up in the movie.

I'm suprised you found a drive in that wasn't turned into a swap meet.

Hayden,
The cat was kind of cute. But I'm not from Enumclaw. And Mankspank is just a good friend.

Etu Footpad? :( I did see That Darned Cat, BTW.

We were stuck with musicals, Showboat, Desert Song, Seven Brides for Seven Brothers, Wizard of OZ, Sound of Music.

I hated them and to a certain extent I still do.

I do however have a love of older movies from the 50's and 60's mainly sci fi and westerns.

I used to love going to the drive in as a kid. We used to get dressed in our pajamas too and Mum and Dad would lay down the back seat of the station wagon and put a mattress in there for us to sleep on. We played on the swings with all the other kids in their pj's. Most of our drive-ins have closed down now. I often wonder where the young teenagers of today go to "make out". Their loss.

Steve, I've seen Priscilla Queen of the Desert and Welcome to Woop Woop. So I know that muscicals are part of the Aussie way of life. And no, Patrick McGoohan was not in the original Avengers.

JP,
You make up for FP, thanks!