I broke the wing off an angel 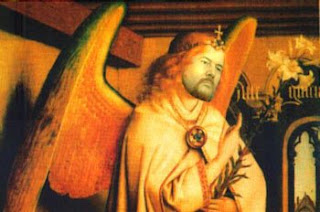 It wasn't a real angel

. It was a little plastic glow in the dark angel that someone taped onto my office door. It fell on the floor and I accidentally stepped on it and broke the wing. But I felt bad and glued the wing back on with a glue gun. It's not that I'm superstitious, but I don't need the bad karma breaking a wing off an angel implies.

Technically, it was probably more of a glow in the dark Cherub anyway. Or since this is the holiday season, it may have been a baby Jesus with wings. Funny thing is, the next day five more of the things showed up at random spots in my office. I rooted them out and they are all sitting on top of a commuter coffee mug next to my computer monitor with their little glow in the dark arms reaching up toward heaven (or the sky if you don't believe in such things). 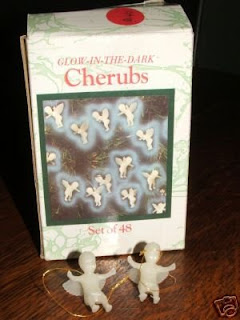 I am not sure why angels have wings anyway. You'd think heavenly creatures could simply levitate without resorting to flapping their wings. But while we are on the subject, why do demons and hellish imps have wings, too? You would think they'd need them since they are supposed to be spending their time slinking around on their bellies in the fire, brimstone and icky ooze of hell.

It can't be good to break a wing off an angel around the holidays even if it was an accident. Now granted, technically the angel had wings so it shouldn't have fallen on the ground anyway unless it was indeed a fallen angel (or cherub). So that would mean breaking its wing off wouldn't be a bad thing because it was headed to hell anyway.

Come to think of it, that is why demons and imps have wings. They are supposed to be fallen angels. It kind of makes sense now. But I am just winging it. Ha, ha...