Computing in the fog...er cloud 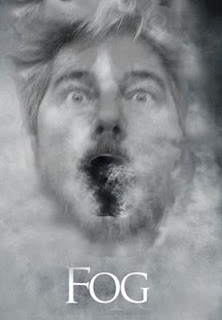 I had a post almost complete yesterday when blogger belched and it evaporated into the computing cloud that Microsoft is so proud of touting on its television commercials. I haven't a clue as to what key combination I hit that made the post disappear. God only knows where or when it will turn up.

I was going on about how silly it seems to refer to Web based computing as the cloud as if it was some new invention to use software that wasn't housed on your PC or laptop. Before personal computers and the Internet, people used remote terminals hardwired or connected via a modem to a mainframe computer. So it isn't like it is a new concept. Just instead of tapping into a mainframe, we're tapping into a network of servers.

I used to consider myself fairly tech savvy. I worked as weekend computer operator on an IBM mainframe computer for the Idaho State Department of Transportation when I was in college. It was kind of a pain in the ass job because you had to work two rotating 12-hour shifts. One week you'd work from 11 p.m. to 11 a.m. The next weekend you'd work from 11 a.m. to 11 p.m. You'd get every third weekend off. It wouldn't have been so bad if it was the only job I had, but at the time I was also working full time at the local public library and carrying a full load at college. So for almost two years I was working 64-hours a week and going to college. There we some weekends where I'd work all night at the computer job and then go work at the library, get off and go back to the computer job.

I drank a lot of coffee back then.

The computer I worked on took up a room the size of a small gymnasium. The CPU sat in the center of the room and rows of large magnetic tape drives surrounded it. And being a computer operator back then involved essentially being the machine's bitch. There was a monitor and keyboard console at the front of the room along with a card reader. You'd feed a stack of punch cards containing computer code -- usually COBALT or something like that -- into the card reader. That would be processed by the CPU and then, depending upon the program, the monitor would beep at you to go retrieve a numbered tape from an adjacent tape storage room and load it on one of the tape drives.

Sometimes you'd load a tape and the computer would access one small bit of data and then ask for a different tape. I used to curse at the programmers who ran jobs that asked for 40 or 50 tapes. If I wasn't loading and unloading tapes, I was loading paper on a large chain printer the size of a coffin that sat in the back of the room. And if I wasn't loading paper on the printer, I was carting stacks of three-part carbon forms to a room behind the computer room that housed a machine known as a burster. You'd load the three part paper stack into it and it would burst the three copies apart into three separate stacks and spit out the ribbon of carbon paper between the copies.

Although it was mind numbing work at times, I got so I preferred the days and nights when lots of jobs had been submitted because the alternative was 12 hours of sitting there with nothing to do but pace around the
CPU and check in on the monitor every 30 minutes to make sure the thing was running. In addition to housing the data for the department of transportation, the computer also housed all of the state's driving and driver's license records. So it had to be up 24-hours a day because cops would call in to their control center when they made a traffic stop to check some one's license. The control center would in turn would tap into the computer records via remote terminals.

Because the computer housed driver's license and driving records, the computer room was under 24-hour surveillance by Idaho State Police via closed circuit cameras. The cops were housed in another part of the building so I never met them, but I got to know them via telephone. The were quick to call me saying the "com" was down even when they saw me on the computer frantically trying to reboot to solve a problem.

The only way to escape the fishbowl of the computer room was to slink off into an adjacent data processing room filled with card punch machines manned during the day by a small army of data processing clerks. It was my sanctuary. After a few weeks I started to figure out ways to take naps during the lulls in changing tapes and printer paper. I discovered a custodian storeroom behind the card punch room. In it were stacks of quilted pads used for moving office equipment. I converted them into a makeshift mattress and blankets

We weren't technically supposed to sleep because you were required to check the machine every 30 minutes to make sure everything was running. But I managed to program my body to take 30 minute naps and wake up automatically to stumble into the computer room and check the machine. I wasn't fully awake, so I suppose you could say I was originator of the concept of computing in a cloud or for as the case may be.

Looking back, it all sees so archaic. I probably have more computing power now in my desktop computer than that mainframe had back in 1980. And long gone are the days of programming via punch cards and computer tape. I don't imagine anyone uses the phrase "data processing" anymore. We now surf and float in the clouds, tweeting and interfacing on social network sites.

Even though the technology has evolved and become an inseparable from our lives, the basic concept of computing comes down to a series of 0's and 1's combined in various patterns at an ever increasing speed. But boiling down the complexity of computing to binary code doesn't sound as sexy to marketers trying to keep Microsoft hawking its system snake oil to the ignorant masses.

That's okay. I have always liked the fog and my head in the clouds.
Posted by Time at 3:18 PM