What would you call the White House if it was yellow? 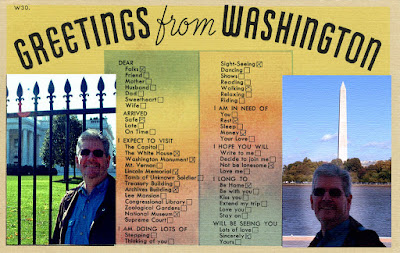 That's what my five-year old daughter asked me when I called home from a recent business trip to Washington D.C. I of course told her I supposed it would be called the Yellow House. She proceeded to ask me what it would be called if it was red, green, or blue.

It was my first time in the nation's capitol. And I have to admit it was kind of surreal seeing all of these things I'd grown up seeing photos of like the Washington Monument, Lincoln Memorial, the Jefferson Monument and of course, the White House. I was particularly moved by the Lincoln Memorial having been fascinated by his life since I was a boy. 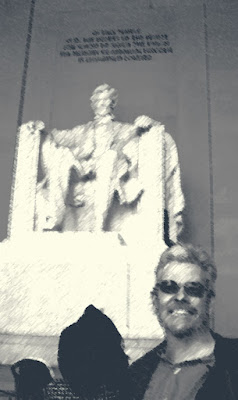 I also visited Ford's Theater and the house across the street where they carried Lincoln after he had been shot by John Wilkes Booth where you could see the room he died in. 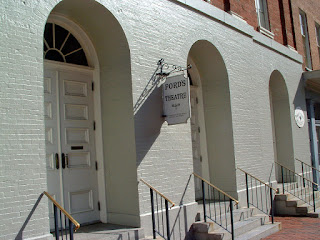 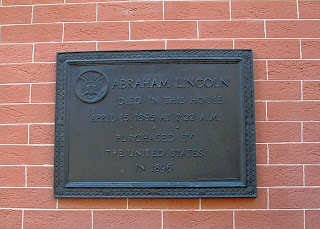 The park ranger at the house pointed out that none of the furniture in the house, including the bed in the room where Lincoln died, was the original furniture.  But she assured everyone that it looked a lot like the furniture that was there when Lincoln died, including the short twin bed that was way too small for Lincoln's six foot plus frame. Apparently Lincoln spent his final hours with his legs hanging over the end of the bed.

Not a dignified way to go I must say.

It struck me, after sheepishly waiting in line to tour the house and then marching up the steps to the Lincoln Memorial the next day, that Lincoln would have probably been a bit mortified by the whole thing. I think he was basically a simple man and having people tromping through the room he died in and taking photos of the bed that he didn't really die in would have made him more than a bit uncomfortable. And I imagine he would have been embarrassed by his statue in the monument as well. Not that he didn't warrant a monument (though he does have his face on the penny and the five dollar bill.


I was a bit mortified myself at the gift shop in Ford's Theater selling Lincoln shot glasses, Lincoln Rocks t-shirts with Lincoln holding an electric guitar, Gettysburg Address neckties and Lincoln bobble heads. You could even buy licorice jelly bean bullets. Ironically Ford Theater's tag line is "Where Lincoln's Legacy Lives On."

To add insult to injury, there was a Hard Rock Cafe just down the street from Ford's Theater. Perhaps this explains the "Lincoln Rocks" t-shirt. 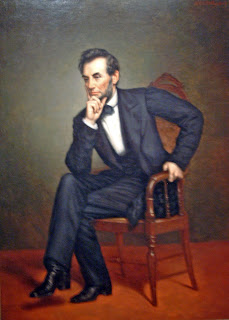 After visiting Ford's Theater, I walked through the National Portrait Gallery a few blocks away. Again I was blown away seeing the actual portraits I'd seen in history books over the years. And once again I was moved by a portrait of Lincoln and his actual life and death masks. 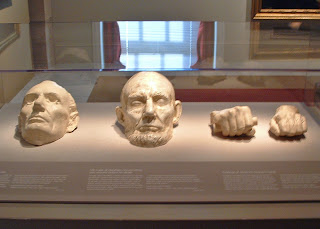 
I have to say, it was all pretty overwhelming. It is difficult to squeeze a couple of hundred years of history into a day and a half. But I'm glad I had the opportunity and I plan to take my family to Washington D.C. once the kids are old enough to appreciate what they'll be seeing. But I imagine my daughter will still ask me what they'd call the White House if it was yellow.
Posted by Time at 9:29 PM

Fascinating - can't beat history to put our lives into perspective. Never been to America, but Washington would be must-see if I do ever get there.

I hear if you injure a bridge in Dorset you can get a free trip here :)

And Washington D.C. would be a great place to visit in the US if you could only one place. Most visitors, however, visit New York City, New Orleans, San Francisco or Las Vegas and believe they have seen America. Truth is, if you want find out about the country, you need to visit the place no one has heard of.