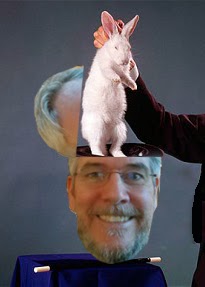 "This moment isn't going to define this team."
--Pete Caroll, Head Coach of the Seattle Seahawks

Not to belabor the fated final call of the Seahawks on Superbowl Sunday, but I was struck that both Pete Caroll and Seahawks quarterback Russell Wilson have made public statements that they weren't going to let their lives, futures, or careers be defined by that one moment when they passed instead of running the ball. Pete Caroll even went so far as to state that it wasn't a bad play call, just a bad result (i.e. the ball was intercepted and they lost the Superbowl).

You've got to love that kind of point of view. As Caroll pointed out, if the pass had been successful, no one would have given it another thought. The Superbowl would have been won. The Patriots would have slunk away whining about them being the better team anyway and we wouldn't have to rehash that one moment over and over. And if wishes were horses, beggars would ride.


But life, after all, is a series of moments strung together. And the moment before, defines the moment that comes after. Some moments are just more powerful than others.

We've all had moments we regret, and moments we'll never forget. And we all have moments we wish we could go back and change.

It conjures up my ramblings about multiplicity, quantum physics and theories of multiple worlds. All of the realities exist until you choose one (not several). And once chosen, you can't go back and reset the chain of dominoes you've knocked over and choose another moment.

But you can choose different paths forward (if there really is a linear path in time). I have seemingly chosen a rambling, meandering path scattered with meaningful, painful and forgettable moments. Though I wonder if "chosen" is the accurate term for the moments that comprise our lives. As Pete Caroll can attest, the moment he chose was not the moment he received. It's kind of like riding a bumper car at an amusement park. You can sort of steer yourself in a general direction, but you really can't control who or what you bump into.

This is not to say I wouldn't love the opportunity to do some rewrites along the way. For example, I never would have bought stock in InfoSpace or bought an 8-track tape recorder. But the risk in being able to change moments in my past is being bounced down a path that bypasses some of the moments that I truly cherish.

That being said, we are all probably better off just puttering around in our bumper cars careening off each other. For the moment, anyway.