I'm the king of the world! 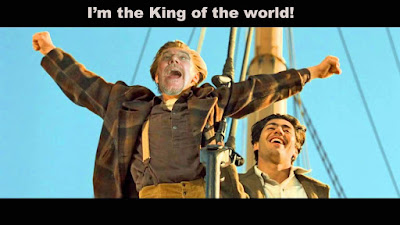 All my blather about Trump wanting to be king conjured up these memories of the good ol' days of my blog when I had themed weeks of Photoshopping my face onto famous people's images. It was 2006 and I was giddy about the newness of blogging. It was in a post called It would be good to be a king that I first considered making myself a king. 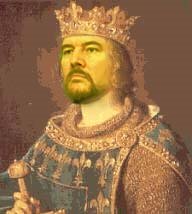 I seemed to have aged a bit in my ten years sitting on the throne of Dizgraceland. It takes a toll on you being king. But now my crown is bigger. 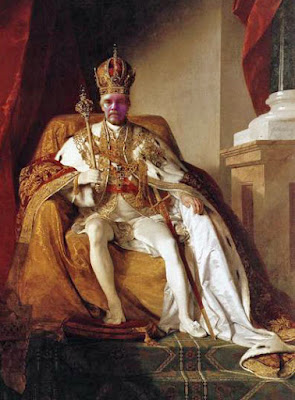 Not that I am the first person to declare himself royalty (which the United States government doesn't recognize anyway). In 1859, Joshua Norton, a San Francisco resident declared himself the Emperor of the United States. Of course Norton had a few marbles missing from his Chinese Checkers board. But he did make random declarations in public. One of them was that a bridge be built between Oakland and San Francisco. And sure enough, the Bay Bridge was built (though many years after Norton died).

I make all of my formal declarations on my blog and not in public. And today, I do hereby declare that Donald Trump be banished from the country and not be mentioned again even by the right wing talk radio hosts.

This, like all of my rambling declarations, will likely be ignored by my loyal subjects. But I had to get it off my chest.
Posted by Time at 11:24 AM