It don't matter to me 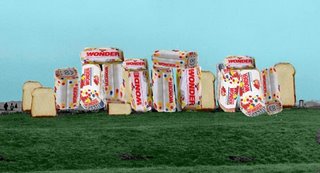 Grammatically, it should be "It doesn't matter to me or it does not matter to me" but it was almost the 1970s and the music industry was on the brink of spiraling downward into Disco. So who gave a rip about grammar? And as the old Winston cigarette commercials used to tout, "What do you want, good grammar or good taste?"

But if you are a millennial,  none of this makes a whit of sense anyway.  I, however, was starting to come of age when Bread was casting these mindless lyrics on the waters. I only pulled the last stanza out. The proceeding lyrics were even worse:

When I was twelve years old moping about with endless crushes on girls who I didn't have the nerve to talk to, the song was pretty cool. Now I see it for the moronic bit of pop music that it is. Who in their right mind would tell someone that they would be fine if they found someone better than them? You might as well say, "I'm a loser and you could do way better than me, but want to go steady?"


Bread also produced such gems as Aubrey (And Aubrey was her name, a not so very ordinary girl or name...but who's to blame...I have learned to lead a life apart from all the rest. ...If I can't have the one I want, I'll do without the best) and Diary with more maudlin lyrics:


I found her diary underneath a tree.
and started reading about me.
The words began stick and tears to flow.
Her meaning now was clear to see.
The love she'd waited for was someone else not me
Wouldn't you know it, she wouldn't show it.
and as I go through my life,
I will wish for her his wife
all the sweet things she can find
all the sweet things they can find

I just loved these songs when I was going through puberty. No wonder I have self esteem issues. The guy in all the songs was always being dumped and then was just happy for the girl for finding happiness with someone else.

Who really feels that way? When someone dumps you, you want them to eventually be miserable and regret losing you for the rest of their lives. You don't just say, "Oh well, as long as they are happy" unless you are a super loser (which would explain why you were being dumped in the first place).

But I have digressed big time.

I started out this post wanting to express how I feel about politics in general now that the events of last Tuesday have unfolded. Whereas pre-election, I was hanging on every Tweet and listening to NPR Politics podcasts religiously, I now want nothing to do with the whole thing. I don't care about the analysis of why it happened or how it happened. I don't care about the minutia of the transition of power. And I don't want to join any protests.  I just want to hunker down for the next four years and be left alone.

This is difficult to do if you are on social media. Because the algorithms have long since sniffed out my morbid fascination for the tragedy that unfolded before the election. Now they fill my news feed with the post-election autopsies and primal screams of the idealists who can't believe this happened.

So far I have dealt with it by scrolling quickly through the political stuff. I may soon have to resort to muting the most prolific die hards who can't accept that the unthinkable has been thunk. I've already unsubscribed to NPR Politics podcasts.

Part of why I want to go full ostrich right now is to escape the pointing fingers admonishing me because I can't understand the plight of all of the parties being wronged. I'm too old, too white, too male, too straight, too liberal, too well paid and too educated to know what it is like for everyone else. And since I am being told I can never hope to understand, I am tempted to stop trying.

I drove past Stonehenge yesterday. Twice.

This morning, in the car, I listened to ‘The David Gates Songbook’.

‘Aubrey’ and ‘Diary’ are two of my favourites. Actually, I can’t think of one of his that I don’t like.

I think that covers it.

I think it would be cool to be able to drive past Stonehenge twice. I visited it once and bought a t-shirt to prove it.

David Gates music is great. It's the lyrics I take exception to:

And Aubrey was her name.
We tripped the light and danced together to the moon,
But where was June.

That's right up there with "Someone left the cake out in the rain" for bad lyrics.