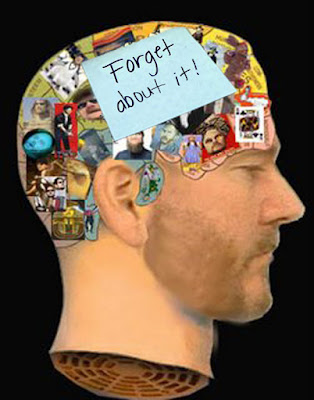 I used to pride myself on having a great memory.  I could vividly recall experiences, people, places, and things people said. I've never been so good with names, but faces I would pretty much always remember. And having been semi-invisible most of my life, I have often remembered people who I've met or seen even when they don't have any memory of me.

I still remember things. But unless I make a conscious effort to dig up the memories I've discovered that more and more they have soften and become a bit fuzzy around the edges like and old school room film about "A Day at the Beach."

Of course part of it is due to aging. That's stating the obvious. But I think part of it is deliberate. Or subconsciously deliberate. Several months ago, I downloaded a meditation APP that guides you through a ten-minute meditation that in theory you are supposed to do every day. It has lots of different meditations to help you in lots of different areas. But I just do the same six or seven free ones over and over because I'm too cheap to pay an annual fee to unlock the rest.

The underlying message in the meditations is that you are working to stop the mind from thinking for ten minutes by just concentrating on your breathing (and the meditation narrator's voices and the sounds of frogs, flowing streams, birds and crickets in the background of the meditation). It makes you aware of how often in a given day your thought process pulls up a memory and puts it on replay in your head, repeating a thought or event over and over again.

The problem is that many of those types of thoughts or memories are about things you regret and can't do a thing about to change. Plus each time you replay the thought or memory in your head, you are making it real again even though it really no longer physically exists.

I think of this as dwelling on a mistake instead of learning from it. It's like watching the same movie over and over again and hoping the ending will change.

So I think of the meditation as a way of training my brain to remember to forget. Or forgetting to remember. Because it is such a wasted effort to focus on a past you can't change instead of focusing on a future where you have a choice.
Posted by Time at 11:25 AM