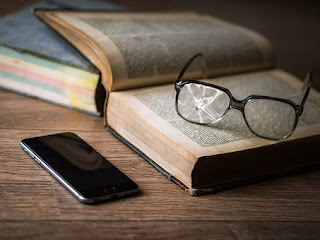 
I also think that I get my dose of fiction from binge watching movies and television series almost every night after the kids go to bed. But even that gets old. Again, there aren't many new plots.

This all came up because we took the kids to Barnes and Noble the other day so they could find books. My daughter has become a voracious reader. My son less so, but he still likes to read a book now and then. There was a time that being at a book store would have filled me with a sense of wonder and anticipation. But I just stood there in Barnes and Noble with no desire to pick up a book and more than a little resentment that the place was filled with the works of people who had somehow managed to get published when I can't seem to give my work away.

Some of that resentment also stems from my recent attempts to get read on Medium.com. I've been submitting old blog posts. They have a system where they pay you if enough of your stuff is read and liked. I got a text from them a few days ago saying I was about to receive payment for August. They were paying me three cents.

I suppose I could have wandered to the self help section of the Barnes and Noble and found a book on how to bolster my self-esteem. Lord knows there are thousands of self-help books proclaiming to have the secret to a successful life.

But you see, that is why I can't read anymore. We live in an era of fake everything. It's not just the news. It's the fiction, the "facts," the manuals for life written by people who are not motivated by anyone's best interests but there own.

There just doesn't seem to be any truth left to find. And if there is, I just don't think it is going to be in a book at Barns and Noble. And even if there was truth in a book at Barnes and Noble, it would likely be buried at the bottom of a bargain bin because no one would believe it anyway.
Posted by Time at 1:08 PM

Sounds like you need to write a fake book. I'd buy it.

With make believe money, I assume.