TikTok is not a clock but it ticks me off 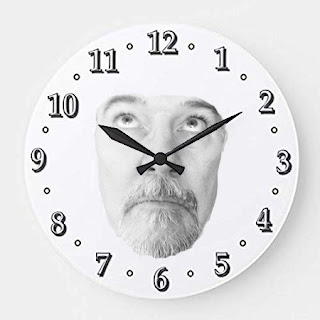 "TikTok is the world's leading destination for short-form mobile videos. Our mission is to capture and present the world's creativity, knowledge, and moments that matter in everyday life."

--About TikTok from tiktok.com

I only downloaded the TikTok app because my kids were talking about it and said all of their friends were using it.  I wanted to preview it in case they lobbied to use it.

Okay, there is no way I would let my kids use TikTok. Despite the creators lofty mission statement, the app is nothing but a forum for right wing rhetoric, depressed teens looking to hook up, cosplay groupies, people posting short videos of their cats, dogs and lizards, and random shit that couldn't make it on YouTube.

TikTok is like a low-rent version of Vine. And I'm ashamed to say, I watch it like watching a train wreck just to pass time on my commute or during my workout.  I wouldn't think of posting on TikTok because the community seems to use piranhas as their model for commenting on people's posts. It embodies the worst of social media's troll mentality.

Trust me, middle aged or older people will never be welcomed on on TikTok, creative or not. The prerequisite for content seems to be that you are redneck attractive, excessively tattooed, into Japanese anime, like to video stuff being blown up and hang around at WalMart. Oh, and an excessive number of people who are a bit too attached to their pets.


Most of the time I scroll through TikTok and leave feeling guilty and sad for even opening the app. It's kind of like a modern version of the Gong Show. It is a forum for people who desperately want to be famous and are caught up in getting followers and likes. I haven't yet seen the business model monetary benefit of TikTok to its creators or participants. Advertising on the app doesn't seem as intrusive as other sites. Though I have caught snippets of people seeking other transactions off the app.

That's the other thing about TikTok. Although they seem to police it excessively, it still seems to be thrive on outdated images that objectify the participants with unrealistic standards of what a person should look and behave like.

It is the creators claim that the app captures moments in everyday life that disturbs me the most. At best the app captures a few moments of cuteness of pets. At its worst, the app captures the scab-picking nature that our society has become and gives the great unwashed (many of who are Trump's fan base) and forum for spewing.

I can only hope that TikTok will eventually wind down and go the way of other failed social media sites.
Posted by Time at 9:14 AM