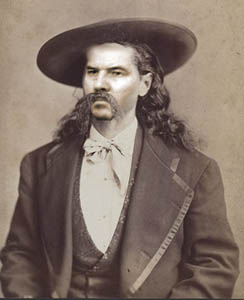 I have begun to accept that apps have become a basic part of our lives despite the fact they used to be called programs or applications that ran on our computers. Now we have apps for our phones and our televisions. I have a multitude of apps on my Fire TV just so I can watch the 300 or so channels that I pay for as part of my cable. The apps, in theory, just allow me to watch things anytime I want.

My sister-in-law introduced me to yet one more app that in theory provides all of the movie, television and music content available anywhere at anytime. Not sure how she discovered it, but her intent was to free herself from cable bills and simply stream everything through the Internet. She told my wife about the app with the hopes that my mother in law could use it to get rid of her cable.

The app is called KODI. There is a YouTuber who has a whole channel devoted to explaining how you download and install KODI. Along the way, he also tries to get you to install and subscribe to various other things like a VPN service. I don't know much about VPN, but I think it is a service that intercepts your web activity and reroutes it through their servers and hides your trail. It sets off a series of red flags as to why you would need to hide your Internet trail if you are downloading and using KODI.

Anyway, I followed the YouTuber's very detailed instructions and installed KODI on my Fire TV. The app included something called a "build." I don't proclaim to understand it, but the build is how the programmers package everything for a program or app to work. It apparently contains all of the tools that work together to make the program work.


When I first opened KODI, I was overwhelmed by all of the components. My first impression was that there was no way my mother in law would ever be able to use KODI. On the surface, it seems pretty straight forward. There are sections you scroll through for movies, television, music, sports, games, etc. I went straight to the movies section and there is an array of movies displayed similar to a Red Box movie kiosk.  And initially I felt like a kid in a candy store because although there were plenty of obscure B-movies, there was also lots of first run movies, some that were still in the theater.

It was only after clicking on a few that I discovered the catch in KODI. Because if something seems too good to be true, it usually isn't. When you click on any given movie, it opens a list of streaming sources and the resolutions available. First you can click on a trailer and determine if you really want to see the movie. Then you play a form of streaming Russian Roulette and click on the source links to see if you can stream the movie. Your success will depend upon several factors, the first being the speed of your Internet connection.

Then you discover that the source of many of the films can be other countries and the movie your are streaming is dubbed in annoying subtitles. Even worse, you will discover that the first run movies are usually dubs of footage someone took with a video camera while watching the film in a theater. The quality sucks and the legality sucks even more.

The other downside of KODI movies is that, even if you find a streaming source that doesn't suck, the film will stop periodically while it buffers. I don't know if this is the Internet connection or the speed of the source or both. But it is annoying as hell. Sometimes the films will just lock and kick you our of the app.

KODI also offers up a plethora of television programs as well. And it can be a great alternative to watch that episode you missed of some of the better series out there like Game of Thrones or the American Gods. But there are also pitfalls in the television options as well. For example, my daughter wanted to watch the new Twilight Zone series that is on CBS. Although I pay through the nose for Frontier Cable, they don't carry CBS because of a dispute over compensation. You can download a CBS app an watch CBS content, but it costs you a monthly fee. So I looked for the Twilight Zone on KODI and sure enough, all of the new episodes were listed.  But when you click on a particular episode, it takes you to huge lists of sources. Then the roulette begins again. I spent 45 minutes trying to watch one episode. And although it would say it was an episode from the new remake, everytime it would load it would be an episode from the 1960s original.

I finally got one of the new one's to load last night, but it took almost an hour to watch a 30 minute program because it kept stopping to buffer. Ironically, the new Twilight Zone episodes all pretty much suck, too.

Bottomline, I wouldn't get rid of my other sources for content and replace them with KODI. It is glitchy as hell, cumbersome to use and frankly, I don't know if it is technically legal. There is nothing said when you download it about it not being legal. I suppose it just becomes the portal for things that are out there on the Internet, so the app itself is legal, but some of the content it helps you find is bootleg. I suppose that is where the VPN they try to sell you comes in.

I also think KODI is more for those hi-tech, wild west types who like to tinker with code and apps.  Well yee-haw to you and best of luck. I'm sticking with Amazon and Netflix.
Posted by Time at 11:10 AM