It's the most wonderful time of the year 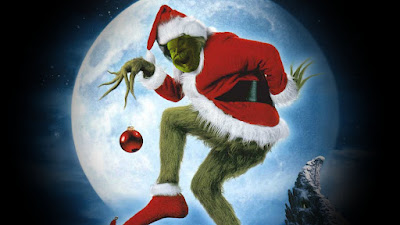 It's cold, gray, and threatening snow. COVID 19 has joined forces with the cold and the flu to make sure every one is feeling miserable or afraid of feeling miserable. We are either in a recession, coming out of a recessing, going into a recession or merely skipping along our merry way paying more for everything. The war still goes on in the Ukraine. Trump is still babbling incoherently about being cheated out of the presidency and vowing revenge. He still manages to avoid being held accountable for anything. Elon Musk has made Twitter even more of a shit show than it ever was.

On the home front we are in the middle of a two-month remodel that is heading into its fifth month. We had to have a $700 heart scan on our dog and one of our cats is still at risk of crystals in his bladder despite a $2,000 operation.

I love the holidays.

On the bright side I seem to have an endless supply of shows to stream. I discovered White Lotus on HBO Max. I have Acapulco, Mosquito Coast, Echo 3 and Mythic Quest on Apple +. I have 1899 on Netflix and Tulsa King on Paramount +. So there is something positive in the world.

I went with my wife to the mall on Sunday so she exchange a sweater she got for my son for Christmas. Apparently it had a hole in it. Anyway, we went to Macy's where I was overcome with the stench of Aramis pouring out of the cosmetics area and disco music blaring at a display near the front of the store. The store was packed with frantic people lining up at cash registers where very weary looking store employees definitely didn't look like they appreciated the spirit of the holidays.

The mall, as one might imagine, did look like the scene of a zombie apocalypse. But instead of people shuffling along looking for brains (which you would be hard pressed to find in a mall) they were jostling each other trying to buy calendars with grumpy cat photos or Japanese overstuffed and unrecognizable animal toys.  It struck me that news of a recession hasn't reached the masses because there was a whole lot of consuming going on.

We escaped the mall and got stuck in traffic bogged down by a snow storm. All I could think was that I wish I was some place tropical. The prospect of a white Christmas appeals to me just about as much as accepting a job as the caretaker for the Outlook Hotel in The Shining.

At least I have my iPad and streaming videos to look forward to.