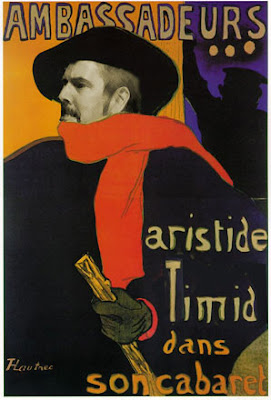 I have never been real good with other languages, including English. I took two years of German in high school and a semester in college. If I am ever in German speaking country I am confident I can find the library as long as it is "um die Ecke" (around the corner). Unfortunately, once I am there, I will be unable to read a single book.

Spanish would have been a much more useful language for me considering all the time I've spent in Spanish speaking countries (including Texas). And I love the way Spanish sounds. German always sounds as if you are shouting while gargling. Spanish sounds like poetry...very fast poetry, but poetry nevertheless.

Don't get me started on French. French is incomprehensible and unpronouncible. Plus it reeks of arrogance and assholes. And I say that with the utmost respect.

English is blah. Americans got the short end of the stick when they got stuck with English by default of colonization. It is not an exciting language. Perhaps that is why we mumble so much.

Though I don't believe many Americans speak English English. We pepper it with slang and accents that identify what part of the United States we hail from and what our economic status is. If someone uses the phrase, "Wellll, sheeeeIt" alot you can bet they are from Texas.

Of all of the American accents, I think New York accents are the worst. Even hello sounds like "fuck you" coming from a New Yorker.

I'm not sure what kind of accent I have. It meanders through the English language with educated white trash overtones that defy geographic pigeonholing. Idaho has no accent it calls its own. Most western states don't. Our accents are the eroded ones from our east coast and southern ancestors migrating towards the west. Half the time I think we just mimic sounds we hear on television.

So I suppose it is a good thing this is a written blog and not an oral one.

This past week, I heard from many relatives about my "MinneySOHtan" (their imitation of me) accent they claim I have. Hmph. I didn't make fun of their accents.

Oh, yaah, I'm sure you don't have an accent like those other fella's.
:)

Took 3 years of French and one of German in high school. I can count to 20 in either language. I could probably do it backwards as well. I suppose if either of them ever developes a space program I could get a job there. "drei, zwei, eins, Knall weg!" It'd be wicked fun. (State of Miane colloquialism thrown in for no extra charge).

Lights,
This would explain your affinity for Gunter. He's been um die Ecke quite a few times. And it was wicked fun, too. :)

At 20 my sister moved to Texas. Within a couple of years she routinely said "Hay-ell" and "Sheeeit" and that was accepted as evidence that she'd become a 'real' Texan.

Hayden,
They don't call it Tex-ass for nuthin.