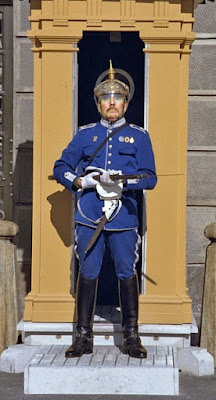 I suppose if I chose one topic and stuck with it consistently for a few years, I'd have better luck. As it is, I seem to be a broken record about the lack of blog traffic. So perhaps I should just make that my blog niche. Trouble is, I'd have to compete with about 14 million other blog whiners wondering why no one reads their stuff.

I am amazed at all of the sites out there now dedicated to herding bloggers together and trying to get them to read each other's blogs so they'll at least have the appearance of being read. I was sucked in by a place called blogged.com where near as I can figure you register and then wait for other bloggers to rate your site. Since no one was jumping to rate my site, the editor(s) of blogged.com rated mine to get the ball rolling. I got a "very good" which makes me feel like the guy with an IQ of 139 when you need to be 140 to be considered a genius (and yes I am aware I've used this analogy before...I'm repeating it on purpose).

The odd thing about sites like blogged.com is that they don't really explain very well how they work and what their purpose is. I have a hunch it has something to do with following the Google model and try to get as many sites feeding into theirs to sell advertising. I think it is an Internet Amway. And this big fish has a hook right there in his mouth.

I've given up telling myself I blog for myself. Or at least I've given up the idea that I blog without caring whether or not people read it. I do blog for myself. It has an addictive quality that you can't quite describe to non-bloggers. It's kind of like Tom Cruise not being able to explain to any one's satisfaction why he is a Scientologist. But then again he has enough money that he really doesn't have to explain any of his quirks now does he?

This is why I can't really pick one blog theme and stick to it very long. I have a tendency to follow my firing synapses down many a long and winding road leaving many of you (and I use the term "many of you" while claiming literary license to lie) wondering if there is a caboose to this train of thought.

Well no. I just kind of like to blather on. But it did fill up another blog post nicely as I inch my way towards my one thousandth blog. I'd bid you adieu, but I'd probably be outbid.
Posted by Time at 12:43 PM

Well, I've taken the plunge - I began a blog. I have been wavering between "blog loneliness" (wahh, nobody reads my blog), "blog determination" (I must blog on) to "blog apathy" (oh what the hell, at least I'm writing something) After reading your post, I am no firmly planted on "blog par for the course" (there are millions of whiners out there!) I've emailed my son 4 times telling him about my blog - cheeky character that he is, he answers me with, "Mom, the stock market is being really gay right now". He's a recent investor, and well, can't be bothered with things like his mom's blog :)

Snapdragon,
Congratulations! I'm glad you are blogging. Despite my own whining, I think it is a satisfying way to express your writing talent. Every night is open mike night in the blog world. Sometimes you are on a roll and sometimes you wonder if the mike is on. I hope you enjoy it as much as I do.

Great post Tim. You seem to be heading back into the same creative space you were in when I very first started reading you. I loved your humour then, and I love your humour now. I've always enjoyed your sense of irony.

People read blogs for different reasons. Initially it's usually because the writing is really good, and/or it's funny, interesting etc. For me though it will often become about the person writing the blog. You become good friends with them, you care about them and what's happening in their life so you go to their blog as much as anything to stay in touch. But that's just me.

I visit people who can't write worth a damn really but I wouldn't miss their blogs because I really like the person. It's just one big long "cuppa and a chat" sometimes.

Gypsy,
You've always had a good heart. But then again you are a Pisces :)