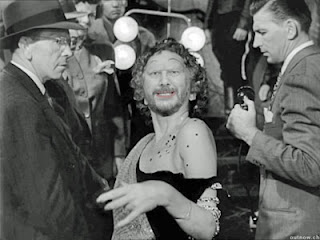 The other thing is that you don't get the whole script given to you. You just get a day's worth that you have to cold read one page at a time without a rehearsal. So you don't know when the writer has written your final scene. And you don't know when new characters are going to be added or ongoing characters written out of the show. The writer has the characters changing schools, graduating, getting other jobs, moving away or breaking up with you. In the early years of your script, you are more flexible about this because you think some of the characters will be brought back for a reunion show and you'll have a happy reunion and trade script notes about where your plot twists have brought you.

The complex part of this whole analogy is that everyone has a their own script and presumably their own script writer. You have to wonder how the scripts are written when characters interact in each other's life plots. And who is in charge of casting anyway? I'd also like to talk to the wardrobe person. And my makeup person is getting really sloppy about covering up wrinkles and random hairs growing out of my ears.

And as the script progresses, the character changes get harder. Sometimes the writer kills off the characters and you know they'll never be back. Then you start to realize that even the characters that weren't killed off are likely never to appear in your scripts again. You can reread some of the scenes, but they are just flashbacks that you can't change. You'll never have that reunion show with your high school buddies (who haven't had their end credits appear). You also realize, after being written out, none of the other characters care anymore about your script. They've got their own lines to read and can't be bothered worrying about yours.

At this point, you ask yourself, "Why can't I just write my own scripts?" I could make everyone always like me, love me, admire me. I'd be handsome and age slowly and well. I'd be modestly famous and universally respected. I'd be rich but not vulgar. All of my loved ones would be happy and content. Everyone who has ever known me would think good thoughts about me.

To which my scriptwriter would respond, "No one would buy it. Besides, you aren't in the union. Here are today's pages. Action!"