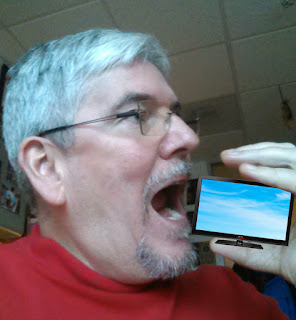 Okay, I've been scraping the bottom of the proverbial barrel lately for shows to binge watch on my Fire Stick. I watched the entire first season of Jane the Virgin and now I'm rolling my eyes through one season of Accidentally on Purpose.

Jane the Virgin has had some critical acclaim. I have to admit that it has a unique plot. A 23-year-old virgin by choice gets accidentally artificially inseminated with a wealthy hotel owner's sperm and becomes pregnant. The doctor who makes the mistake is the alcoholic lesbian sister of the wealthy hotel owner. The wealthy hotel owner's wife was the intended recipient of the sperm that had been banked before the hotel owner became sterile as a result of treatment for cancer.

Meanwhile Jane decides to have the baby but give it to the wealthy and very handsome hotel owner who has fallen out of love with his wife who BTW is cheating on him with his best friend. The best friend is a suspected drug dealer under surveillance by the detective boyfriend of, you guessed it, Jane. The boyfriend, who has been dating Jane for several years without getting any is very put out that his virgin girlfriend is pregnant. His solution: ask Jane to marry him.


If this all sounds like a telenovela, it might be because Jane's father (who she never knew and had no knowledge that he had a daughter after getting her mother pregnant at 16) is the star of a telenovela.

Believe it or not, I've only scraped the surface of the plot in this television series. It was different in a "no way" kind of way. I just lost it though when very pregnant Jane gives a speech at her five-year high school reunion about all that she had hoped she would accomplish by then. She is frikkin 23. No one accomplishes anything by the time they are 23.

Jane the Virgin is a masterpiece compared to Accidentally on Purpose. It's plot (if you can call it that) revolves around a 30-something movie reviewer for a big city newspaper who dumps her editor boyfriend in France because he won't commit. She meets a 23-year old boy toy in a bar and does the nasty many times. She gets pregnant. He is a homeless restaurant chef. He moves in with her and they try to have a platonic relationship.

With stale and stilted dialogue and really bad canned laughter, it goes down hill from there. Little wonder the series got cancelled after one season.

And why do I binge watch entire seasons of questionably marginal television? Because I have maybe two hours of free time each evening where I don't want to think about work, the economy or the horror of a possibility that Donald Trump could be president. So I sit and work on my laptop while binge watching mindless drivel. Both Amazon Prime and Netflix are gold mines for it. By watching bad TV, I don't feel bad about not paying attention.

At least this is what I tell myself.

I've seen that programme advertised and wondered what it was all about - but not enough to watch it. Now I know... thanks.