Survivor: I was without my smartphone for almost 12 hours 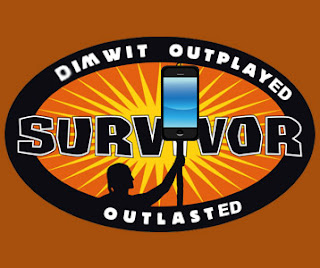 I just got back from a business trip to LA and had taken a shuttle from my hotel in Burbank to the airport, an airplane to Seattle, light rail to downtown Seattle, worked on some stuff at the office and than hightailed it with my suitcase to the evening train home. In all that I left my office with my phone plugged into a charger at my desk. And I didn't realize it until I was on the train.

Now I work right next to the train station and I had a good 20 minutes until the train was scheduled to leave, so I thought about leaving my suitcase on the train and running back to get my phone. But the conductor of the train who has seen me just about everyday for the ten years I've been riding it refused to let me leave the suitcase unattended because that would be a major security risk. Okay, I could see if I was wearing a hoody, sweating and just chucked the suitcase on board and ran. But I'm the marketing director of the agency that runs the freaking train.

But rules are rules and as risky as my dirty laundry and shaving kit would be to the passengers of the train I didn't want to make a stink. Throw at all reason that, even if someone did report the unattended luggage to the conductor, he would have been the one I told that I was leaving my suitcase to go back to my office to get my phone. Forget also that I see people all the time plunk their suitcases inside the door and run up to the second level of the train to get a seat. My mistake was in asking.


So I sat there and broke into a cold sweat as I realized I was going to be on the train all the way home without my phone. No e-mail, no texts, no Twitter, no Facebook and...gasp..no Instagram. Fortunately, I did have my Kindle. So I wasn't going totally cold turkey. I whipped it out and logged on to the train's wifi (which is slower than an AOL dial up connection if you can actually log on). I was able to mire my way through the painful logon process and bring up my webmail. I managed to type an e-mail to my wife that I had forgot my phone so she shouldn't text me any important messages. It popped into the ether just before the train entered a tunnel on its way out of Seattle and my wifi signal was lost.

Normally, I'll listen to Spotify on my phone while playing Candy Crush, Soda Crush or Minecraft on my Kindle. Now all I could do was listen to the music and sound effects of Soda Crush which I swear is back loaded with subliminal messages that keep you playing mindlessly and wanting to buy add ons to get you past the really hard levels. The music sounds like something they pipe in at Disneyland to keep you sedate as you wind around mindlessly in the lines for hours waiting to go on a two-minute ride.

I involuntarily kept reaching for my coat pocket to check e-mail and texts before remembering I was phoneless in Seattle. My mind raced. What if there was an emergency? What if Time.com or Huffington Post tweeted about the top 15 little known facts about the old western Gunsmoke and I missed it because my phone was on my desk back at the office?

And then I panicked. What if my phone wasn't back on my desk? What if I lost it? It had all of my contact info and my favorite apps. And there were all of the photos I'd taken randomly but forgotten to back up. What was I going to do?

"Stop," I shouted at myself (in my head...I didn't want the helpful conductor to think I really was a security risk). I reminded myself that there was a time when I didn't have a phone that wasn't attached to a cord plugged into the wall and I scorned the thought of having people call me anytime anywhere. I in fact hate the phone.

But, I countered, this is more than a phone. It brings me e-mail with offers from Nigerian spammers. It brings me texts with happy faces and warnings from my cell provider that I've exceeded my limit of data and everything will slow to a snails pace unless I add more money. It lets me take photos of my macaroni and cheese that looks disturbingly like a plate of vomit and post it on Instagram and get multiple likes from women in Russia and owners of Vape stores. It tells me at a glance what the weather is like and lets me know I'm running out of memory because of all the useless apps that came preloaded with the phone.

Fortunately all I had to do was get through the train ride and make it home to my laptop and Fire TV and I could forget about my cell. I bucked up and made it until....

...the next morning as I stood at the platform waiting for the train without country music blaring at my from Spotify and I looked up at one of the most beautiful orange skies I've seen in ages. It was so beautiful, it nearly brought tears to my eyes. And I didn't have my phone to snap a photo post it on Instagram with #orangeskyinmorningsailortakewarning. I almost wept at the missed opportunity to connect with the people who liked such #mindless #things and wanted to offer me unlimited followers overnight.

But I made it through the morning commute and rushed to my desk to confirm that indeed my phone was plugged into the charger waiting patiently for my return. I picked it up and declared, "You complete me." Then it flashed a low memory icon and locked up.