Why buy the blog when the posts are free? 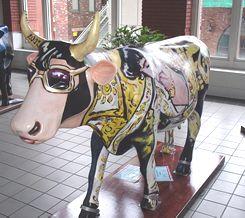 At various times in the decade or so since I started writing a blog, I have attempted to monetize the bloody thing to attempt to sooth my delicate ego with hard cash. Because if someone is willing to pay to read what you've written, you must be good.

This logic has been proven wrong so many times that I can't believe I would ever believe such drivel. People pay to read things because they have been led like sheep to believe they are good. Some of the most prolific and monetarily successful writers crank out mindless crap to feed a massive audience of people who really don't want to think about what they are reading. They want to escape.

Being a writer in the digital age is both a blessing and a curse (complete with rashes and oozing boils). There is so much content out there being produced by anyone with any kind of digital device that the craft of writing has been left sitting by the side of the Internet Highway picking at calluses on it's literary feet. My dream of being a great writer is sitting there with it.


There was a time when there were clear rules about how to go about trying to become a published writer. It involved query letters and samples. I involved sending out printed copies of stories or articles. And it involved real copies of rejection form letters.

I wouldn't have a clue on how to go about getting published these days. I imagine it involves a 140 character digital synopsis and a hash tag. And I don't know what the point of getting published is anymore. People just want to download things or read them in the cloud. And they don't want to pay anything for them.

I no longer think I have a novel in me anyway. I used to spend way too much time trying to write fiction that was believable. Then I realized my "talent" lie in making my real life experiences sound like fiction.

The thing I always enjoyed about blogging was the freedom to write about anything I wanted without caring what people thought about it. Now I'm sure that some of the things I write about would piss some people off (like Republicans and right wing Christians), but they would have to have a reason to read my blog and give a rip what I say anyway.

As I pointed out in my last blog post, I am not great in any sense. And it is my lack of greatness that gives me a certain impunity to say just about anything. If I was great, I'd be constantly trying to explain why I said what I said and apologizing for offending some moron or special interest group.

Maybe this is why I feel such an affinity to Van Gogh. He cranked out painting after painting in his time, and didn't getting any positive reaction to any of them until he cut off his ear lobe, shot himself in the chest and died. Then by god, somebody decided they were really great paintings. There is a moral in there somewhere.

Now I don't intend to cut off my ear lobe (though I did get my ears pierced back in the 80s) and shoot myself in the chest. I do eventually imagine that I'll die (you can't really plan to die, it just happens). So I'm counting on my blog to take off just about the time I'm hearing a voice telling me to walk into the light to which I'll probably reply, "Hey wait, I just got 100,000 hits on my blog...I think I've been discovered." Then I'll see someone actually subscribed to my blog on Amazon and everything will go black.

I've always put a great deal of faith in irony.
Posted by Time at 2:33 PM

Some things can't be bought. Or paid for.