Is there such a thing as truth?

That's a rhetorical question. Though I'll answer it anyway: I'm beginning to think no. 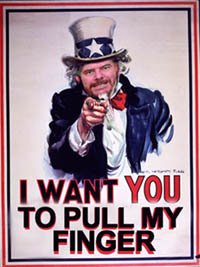 This is in part in reaction to beginning to watch Oliver Stone's Untold History of the United States. It's a series on Showtime that basically tells you that pretty much everything we've been led to believe about our country's involvement in everything since World War II is a smelly load of reeking bull pucky.

The series contends that just about everything our government tells us is an outright lie or at least a distortion of the truth that even it's own mother wouldn't recognize. None of this came as a major revelation to me.

But, I have always wanted to believe that deep down America was on the side of right and had principles. Stone pretty much shot that fantasy to hell.


I wasn't shocked that Bush and Cheney lied and maneuvered us into useless wars in Iraq and Afghanistan. I intuitively knew it at the time. George W was obviously itching to go in a kick some Iraqi butt after his father's Desert Storm fizzled out. After all, we were all pissed about 9-11 and wanted to take out our anger on somebody. Why not the Iraqis and the Afghan's? So what if they didn't have anything to do with the Twin Towers.

I was disappointed in Stone's revelations about Obama. I had had high hopes that he really was a good person. But Stone paints him with almost the same brush as Bush.

I haven't watched the episode about Jimmy Carter, but I'm holding onto some hope that he is a good person. Because Harry S. Truman apparently was a bumbling racist who dropped the bomb for no good reason. Japan would have surrendered anyway because Russia declared war on them as part of an agreement Roosevelt made once Germany surrendered. And apparently Truman reneged on the agreement anyway.

According to Stone, the Russians have gotten a bum rap even though they were largely responsible for winning World War II after bearing the brunt of German aggression.

Though one must always take such revelations of about the truth being lies with a grain or two of sea salt. Anything stated with enough conviction (and ample amount of footnotes and references) certainly sounds true. And if it tugs at your belief system, you are willing to accept it as the unflinching truth about truth.

Remember though, that you read this on the Internet so it must be true.