The porch lights are on but there's no one home 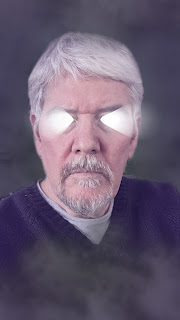 It is election day and of course I voted. I always vote. I have voted in ever election since I was 18. The first person I ever voted for was Jimmy Carter. Although he wasn't the most effective president in history, he was a decent person and he is still a decent person.

Unfortunately, not everyone votes. At least not everyone who should votes votes. Watching the circus that is going on in democracy these days confirms my theory that maybe a benevolent dictatorship would be a better.

I do kind of miss the days when you had to go to a polling place in your neighborhood and physically cast your vote. It seems less dramatic to sit at the dining room table and fill out the ballot and stick it in the mail.

Though voting by mail does give you more time to try and decipher all of the advisory votes, nut job citizen initiatives and loonies running for public office for the first time. There were quite a few people running for city council in my town this year. I am sick of all the yard signs. It is a terrible way to campaign and should be banned. Even my 11-year old son recognizes it as a waste. What does a yard sign tell you about a candidate.

Though I tried to explain the concept of name recognition and that some people will vote for a person simply because they recall seeing their name.

Those are the people who should not vote.

For some unknown reason, I did apply for a vacant position on my local city council once several years ago. The incumbent had died and the seat was open. You just had to apply and be interviewed by the rest of the council who then voted on the replacement. I was one of nine applicants and I don't think I got a single vote. I did come to the realization that all of the people on the council and in the audience were major whack jobs. I no longer have any desire for any kind of political career.