Last stop in the free zone, end of the line... 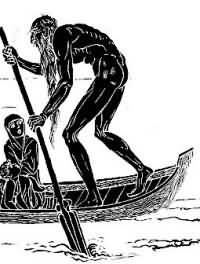 But it has started to get to me in a more philosophical way. Because I am riding the bus to work every day and I am middle aged. Having someone tell me every day that it is the last stop in the free zone and the end of the line is pretty depressing. But then again, just looking in the mirror every day is getting pretty depressing.

It's just that I've essentially been in the same job for 23 years now. I started as an intern at a government agency doing corporate communications grunt work to get the credits I needed to graduate with a degree in journalism. I had my dreams of being a hot shot reporter, eventually a columnist and then a wealthy novelist. A month of unemployment after graduating was enough for me to compromise and take an offer from the company that I did the internship at doing essentially the same job, but this time for pay. It was a three-month temporary gig. They kept extending my position. I got a few promotions. I became complacent.

Boom. Twenty-three years later, I'm a marketing manager doing essentially the same thing I did as an intern but at ten times the pay. But I'm not a hotshot reporter, columnist or wealthy novelist. I'm a middle-aged, middle manager who rides the bus every day and listens to the driver call out, "Last stop in the free zone, end of the line..." She could by Charon operating the ferry on the river Styx for all I know.

It makes me think of my favorite line in Tom Stoppard's play, "Rosencrantz and Guildenstern are dead." In case you are Shakespeare impaired, Rosencrantz and Guildenstern were characters in Hamlet who were sent with Hamlet to England with a message that instructed the King to put Hamlet to death. Hamlet switches the message with one that instructs the King to put the couriers with Hamlet to death. Hamlet essentially screws over his friends to save his life.

Stoppard's play tells the story from Rosencrantz and Guildenstern's perspective. Anyway, just before they are put to death, Rosencrantz says to Guildenstern something to the effect of, "I suppose there was a time we could have said no."

The line just about sums up everything when you stop and reflect on how you ended up where you are. There was always a time you could have said no and taken a different path. Even now, I suppose, I could step off the bus before the end of the line and find a different direction.

But I've been riding this bus for years now. And even if I did get on another bus, another driver would simply call out, "Last stop in the free zone, end of the line."
Posted by Time at 8:28 AM

Tim
I like what you've done with your blog and your webpage. Enough that I've blogmarked it. I did an internship as a publicity intern for a station rep in Seattle, way back when I was doing journalism at the Dub. Seemed like Ulcer Gulch to me, so I defected to English, went to grad school and married someone with a future.

Thanks Craig, Some of my best friends defected to English.

I went to your Web page and see that you are interested in geneology. I've become interested in it, too recently. I wrote one blog entry about it. My
roots are showingHope you drop by again.

Saw your ad in Blog Explosion and bookmarked it on my computer favorites so I can visit you regularly. I also clicked on each of the Google Ads in your sidebar. Hope that gives you credit, but I don't know much about it. After I went to bed I kept thinking about what you wrote, so you must be a good writer. Good luck.

Some groups refer to the final act as catching the bus.A page a day makes a novel a year: And if no publisher picks you up there's always The Blog.

A friend of mine recently sent me a book entitled "The Hacker Ethic and the Spirit of the Information Age." It is an interesting historical essay which tries to catagorize the people and the ethos which helped to bring about the digital era we live in now. The book touches on an interesting personal trait that these people possess: A work of passion must be shared and discussed freely with others who would appreciate it. To withold would be an insult, maybe even criminal.

In digital publishing the reproduction costs are negligible. Since the laws of scarcity don't apply to digital as they do to dead-tree the reward must be other than pecuniary. The reward is found in the creation of the artifact itself, the joy of meticulously crafting something uniquely yours but ultimately belonging to anyone who bothers to download it, freely.

Frankly, I feel a bit like a teenager spouting artsy platitudes. They sound great until I live a few more years and realise they are a consequence of fecund immaturity. I might as well get to the point. Creation for creation's sake is the reward that has driven me through insanity and back. You might want to give it a re-look.

Thanks for commenting R. I'm assuming you are the "R" I think you are.

I think most of us who have wandered into the blog world have come to terms with creation for the sake of creation.

Moliere once said that writing is like prostitution, first you do it for love, then for a few friends and finally for money.

I don't really have the goal of publishing a novel anymore. Electronic self-publishing is an interesting pursuit.

But it all comes down to a basic premise, we all just want to be heard.

This is a very sad and moving piece ... Thanks for giving me the link. You have a great blog!

Thank you Shaylen,
I've enjoyed discovering your blog as well. Remember me when you are a published novelist. I have faith in you!